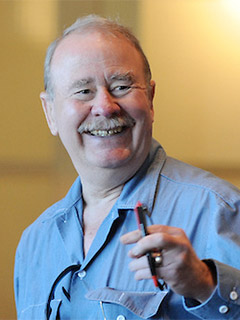 Joseph Fewsmith is Professor of International Relations and Political Science at the Boston University Pardee School. He is the author or editor of eight books, including, most recently, The Logic and Limits of Political Reform in China (January 2013). Other works include China since Tiananmen (2nd edition, 2008) and China Today, China Tomorrow (2010). Other books include Elite Politics in Contemporary China (2001), The Dilemmas of Reform in China: Political Conflict and Economic Debate (1994), and Party, State, and Local Elites in Republican China: Merchant Organizations and Politics in Shanghai, 1890-1930 (1985). He is one of the seven regular contributors to the China Leadership Monitor, a quarterly web publication analyzing current developments in China.

Fewsmith travels to China regularly and is active in the Association for Asian Studies and the American Political Science Association. His articles have appeared in such journals as Asian Survey, Comparative Studies in Society and History, The China Journal, The China Quarterly, Current History, The Journal of Contemporary China, Problems of Communism, and Modern China. He is an associate of the John King Fairbank Center for East Asian Studies at Harvard University and the Pardee Center for the Study of the Longer Range Future at Boston University.