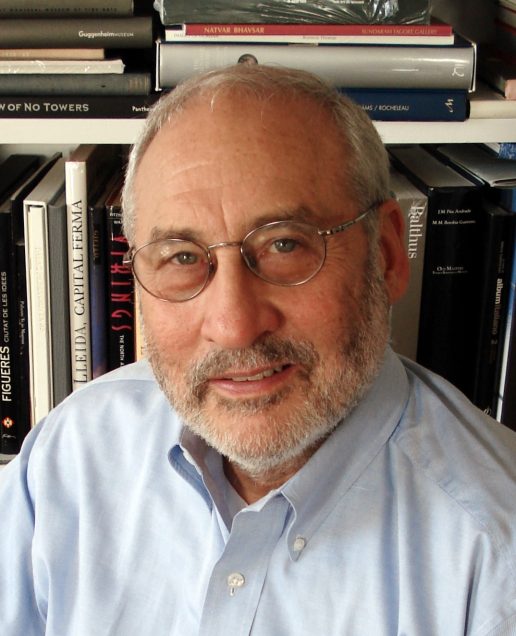 The Paul Streeten Distinguished Lecture in Global Development Policy celebrates the example and legacy of Professor Paul Streeten as an eminent economist and interdisciplinary scholar who has had a significant impact on global development policy. The joint sponsorship of this lecture by Boston University’s Global Development Policy Center, the Institute for Economic Development, and the Department of Economics reflects the breadth of his engagement at Boston University during his years as Professor of Economics and Director of the World Development Institute.

This year’s inaugural distinguished lecture is being given by Joseph Stiglitz. Joseph E. Stiglitz is an American economist and a professor at Columbia University. He is also the co-chair of the High-Level Expert Group on the Measurement of Economic Performance and Social Progress at the OECD, and the Chief Economist of the Roosevelt Institute.  A recipient of the Nobel Memorial Prize in Economic Sciences (2001) and the John Bates Clark Medal (1979), he is a former senior vice president and chief economist of the World Bank and a former member and chairman of the (US president’s) Council of Economic Advisers. In 2011 Stiglitz was named by Time magazine as one of the 100 most influential people in the world. Known for his pioneering work on asymmetric information, Stiglitz’s work focuses on income distribution, risk, corporate governance, public policy, macroeconomics and globalization. He is the author of numerous books, and several bestsellers. His most recent titles are Globalization and Its Discontents Revisited, The Euro, Rewriting the Rules of the American Economy and The Great Divide.