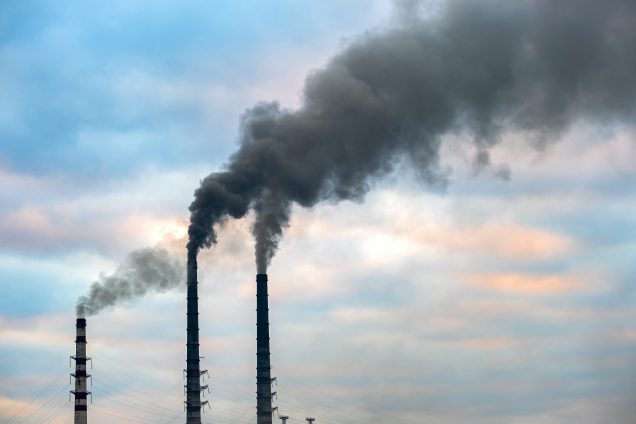 At the G7 Climate and Environment Ministers meeting in May 2021, the group committed “to take concrete steps towards an absolute end to new direct government support for unabated international thermal coal power generation by the end of 2021.” The move has also been framed to increase pressure on China as a remaining international financier of coal.

However, the G7 commitment has so far been limited to public finance, which according to a new Boston University Global Development Policy Center policy brief, only accounts for about 3.4 percent of the world’s new coal power generation capacity outside G7 countries and China. While China is the last remaining public financier of overseas coal plants, China is only responsible for roughly 17 percent of all overseas coal financing over the past five years and only 11 percent of planned coal plants in the pipeline moving forward. The private sector from the G7 and other advanced economies still fund the majority of overseas coal finance in the world economy. Rather than pointing fingers, the G7 should work within the G20 and other forums to reign in public and private financing for coal, together.

From July 9-11, 2021, the G20 is hosting an International Conference on Climate in Venice, which aims to promote the global dialogue and advance common understanding on the comprehensive strategies needed to support the transition towards low-carbon economies and societies. Limiting overseas fossil fuel financing, putting in place policy frameworks for disclosure, transparency and just transitions are steps that the G20 could collectively take towards a low carbon global economy.

To correct some of the existing knowledge gaps and provide an empirical baseline for the potential policy actions from the G20, the policy brief compares the relative contributions of the public and commercial sectors from China and Western countries, and attempts to assess the global investment in overseas coal fired power plants, as well as the current data gaps.

For the power generation sector, systematic and comprehensive data that could be used to compare financing flows from a country origin with the global financing flows does not yet exist.  In the policy brief, we assessed the global investment in overseas coal fired power plants with available data to understand the relative contributions of China and other major financiers.

Drawing on these findings, different priorities stand out for advanced economies and China in decarbonizing their international investment and finance.

The steps taken by the G7 to restrict international public coal finance and by China on its domestic energy transition are both important and positive steps. However, in the international coal phase-out efforts, greater impact could only be generated if the G7, with the United States and Japan in particular, step up climate policies for its private sector financing and investment, and if China does the same for public finance. Meanwhile, a commonly agreed set of data disclosure on climate-related finance is needed for future coal phase-out negotiations in good faith and with legitimacy.

There are some indications that trends are moving in the right direction, but they are not compulsory or ambitious enough. The private sector has recently made significant bottom-up commitments to climate ambitions. Since 2020, the top Japanese banks have made statements to put more conditions on lending to coal projects; many top US banking heavyweights have announced 2050 net-zero targets for their financing activities. Ahead of the Leaders’ Summit on Climate in April 2021, some of the top investors of coal joined the “Net Zero Asset Managers” initiative, promising to work with clients to reach net zero emissions by 2050 or sooner and set 2030 emissions reduction targets. Nevertheless, government policies that add clarity and build confidence are critical to driving action across the private sector.

In China, over 30 central state-owned enterprises have announced climate-related targets and action plans; the State-owned Assets Supervision and Administration Commission is said to be drafting implementation guidance for these enterprises. The country also recently restricted the ability of “clean coal projects” to be included in Green Bond classifications. Additionally, terms that encourage Chinese entities to incorporate the same standards in overseas investment and finance have generally been included in domestic policy documents and momentum for greening the Belt and Road Initiative has been strong, as China put forth the Initiative for Belt and Road Partnership on Green Development at the Asia and Pacific High-level Conference on Belt and Road Cooperation on June 23, 2021. However, restrictive measures on overseas fossil fuel financing have not been compulsory.

For the US, President Joe Biden’s recent Executive Order on Climate-Related Financial Risk is a step in the right direction. The US investment and banking community will have to begin to disclose their exposure to stranded assets such as coal plants, which is a first step toward restricting US commercial investment in the sector. Financial regulatory agencies across the US, EU, Japan and China are starting to plan for climate change policies, such as climate disclosure rules, green finance incentives and climate risks reporting.

Nevertheless, these actions have a long way to go. To start, the G20 could commit to regulating their overseas commercial and public investment in coal and lead the world’s energy transition together with actions. Furthermore, advancing the decarbonization of international investments will require inclusive multilateral engagement on policies, such as carbon pricing and data disclosure.

Finally, frameworks needs to be in place to ensure that finance not only shifts toward cleaner alternatives, but that workers, entrepreneurs and communities do too.