Debt Relief for Middle-Income Countries: Can the International Community Meet the Moment? 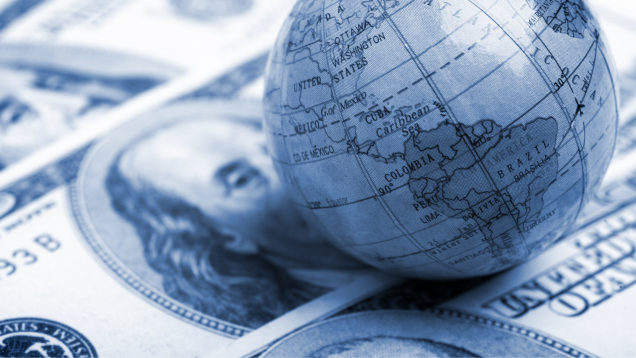 The COVID-19 pandemic has increased fiscal pressure on a global scale. Advanced economies, have been able to cope with the new norm thanks to their relatively larger fiscal and policy space and are now anticipating a robust V-shaped economic recovery. Low-income countries (LICs) have been considered most financially vulnerable against this pressure and the international community has sought to cover their concerns, most notably through the G20’s Debt Service Suspension Initiative (DSSI).

On the other hand, many middle-income countries (MICs) have been overlooked, despite the aggregate higher scale of demand for financial support considering their larger economic size compared to LICs. As a result, the current debt relief landscape leaves MICs vulnerable to potential external debt crises at a time when monetary policies could begin to tighten as the global economy recovers.

To address such concerns and identify the international community’s role in this process, the Boston University Global Development Policy Center and ISPI (Italian Institute for International Political Studies), the T20 National Coordinator and Chair, hosted a webinar discussion on June 1st 2021, in cooperation with the Creco Research Institute, the Centre for Social and Economic Progress, the Group of 24, the Centre for Finance and Development at the Graduate Institute of International and Development Studies, the Labour 20, and LPEM FEB UI.

The event was moderated by Kevin P. Gallagher, Director of the Global Development Policy Center and Co-Chair of the T20 TF9 on International Finance. The panelists included Avinash Persaud, Special Advisor on Investment and Economic Matters to the Prime Minister of Barbados, Rakesh Mohan, President and Distinguished Fellow of the Centre for Social and Economic Progress (CSEP) in India, Carmen Reinhart, Vice President and Chief Economist of the World Bank Group, Shamshad Akhtar, Chairperson of the Pakistan Stock Exchange and Franco Bruni, Vice President of the ISPI and lead co-chair of T20 Italy TF9 on International Finance.

The event brought together varied proposals from MICs and the international community to address the MICs’ external debt challenges. The panelists pointed out the difficulties in inducing private sector participation in debt restructuring and debt relief and discussed different approaches to addressing this issue. The fiscal inability of MICs to make effective natural disaster responses was identified as another key concern. As action against climate change should be a shared concern of the international community, the panelists called for proper incorporation of environmental concerns and the inclusion of force majeure clauses in the debt restructuring process, and the establishment of new facilities that may be needed to help service the increasing debt stocks of MICs.

Gallagher opened the discussion by laying out the key challenges faced by MICs. He addressed the external debt stocks of the MICs and the relative lack of fiscal space to offset potential excessive external drain when monetary policies tighten. The rapid accumulation of debt and accelerating climate change threatens the sustainability of MIC development, revealing an urgent need for efficient capital mobilization (2.2 percent of global GDP) to respond to such challenges.

Avinash Persaud then elaborated on the financing gap issue. He argued that globalization has been converging countries but simultaneously revealing larger divergences among them. This ‘big divide’ is evident in how almost 90 percent of the fiscal expansion generated as part of the pandemic response has happened in developed economies. Developing countries, despite their larger population, have only enjoyed 10 percent of the expansion. In other words, the countries most severely impacted could not make use of the fiscal space enjoyed by advanced economies.

There have been efforts to cover LIC needs amid this gap, but Persaud argues the current boundaries or classification of countries for DSSI eligibility based on GDP metrics are insufficient. Policing the optimal boundaries will be a difficult task, but the current landscape needs revision to better incorporate the real concerns of debtor countries. Doing so would allow the current gaps to be patched more effectively. One method would be to better account for non-financial risks faced by debtor countries, like environmental risks, as natural disasters incur massive opportunity cost losses.

Persaud also noted, however, that such regulatory measures alone would not be able to sufficiently fill the financing gaps of MICs. He suggested that the Special Drawing Rights (SDR) units at the International Monetary Fund (IMF) be used to swap COVID-related debt so countries can be funded with SDR debt and expand their fiscal options, without maturity pressure. Another approach he suggested was to make active use of special-purpose sovereign bonds that have the characteristics of a zero-coupon bond, where interest payments are paid in bulk at maturity to allow for more liquidity, and lower financing burdens in times of distress.

Rakesh Mohan shared a different perspective to this approach and acknowledged the realistic challenges faced by the international community in fully accounting for MICs’ external debt, when as much as 75 percent of the external debt is due to private-sector creditors. Debt restructuring or relief in the public sector, therefore, would only have a limited impact. He argued that surveillance institutions should learn from past debt crises and discourage heavy MIC borrowing in order to fundamentally improve the financial resilience of the developing economies. As a short-run remedy against the imminent debt stock challenge, Mohan placed his focus more on the real economy.

Mohan argued that the root cause of the pandemic needs to be tackled first to help reinvigorate the market. The COVID-19 vaccine, therefore, should be equally distributed to every country in the form of a pure grant through donations, multilateral development bank (MDB) commitment, or bilateral development aid. The aggressive vaccination campaign in the United States has allowed for a robust economic recovery in the last six months and this causal relationship he suggested would work likewise in other countries. IMF calculations show that only $50 billion would be needed to allow for vaccine production for the entire global population. Mohan proposed that this would be a more cost-efficient option than figuring out how to finance the $1 trillion needed for a robust recovery of the global economy.

Next, Carmen Reinhart proposed a more regulatory approach to inducing private sector participation in the MIC debt restructuring and relief process. As World Bank Chief Economist, Reinhart identified the realistic difficulties in addressing MIC debt issues, given their larger scale as opposed to that of LICs. As the sources of debt, its currency denomination, and maturity vary per case, MDBs must deal with MICs on a case-by-case basis, especially given the sheer size of their debt. Hence, a regulatory approach that improves debt sustainability in the longer run would be necessary. For instance, promoting more prudent management of debt contracts, by including natural disaster-related force majeure clauses, would allow MICs to better account for climate risks in the future.

Yet, Reinhart also acknowledged that a regulatory approach alone cannot sufficiently provide liquidity backstops to MICs in financial distress under the current system. She therefore also suggested the establishment of a separate stabilization facility for MICs that would carry similar functions to that of central banks.

Following this, Shamshad Akhtar provided a perspective from Pakistan, an MIC, by pointing out that the international community’s ad hoc, untargeted, quick disbursements as part of the pandemic response will be ineffective in the long run. Akhtar argued that improvements to the existing disbursements protocol or the establishment of a new facility that better incorporates the real concerns of developing economies, such as environmental, education, health and other social concerns are needed to provide targeted support to developing economies from a longer-range perspective. She also noted the issue of private-sector debt and suggested that the IMF, as the core institution of the global financial security net (GFSN) should encourage and incentivize private creditors to participate in these initiatives and facilitate restructuring negotiations through regulatory reforms.

Akhtar further discussed the Debt Relief for a Green and Inclusive Recovery (DRGR) initiative, which works to develop systemic approaches to help resolve the sovereign debt crisis and to advance a just transition to a sustainable, low-carbon economy. Last fall, the DRGR Initiative published a report proposing that low and middle-income countries with unsustainable debt burden receive substantial debt relief by public and private creditors, in order to provide fiscal space for investment in COVID-19-related health and social spending, climate adaptation and green economic recovery strategies.

She also proposed a Guarantee Facility for Green and Inclusive Recovery managed by the World Bank to facilitate restructuring negotiations. This Facility would provide credit enhancements for new bonds that would be swapped for old debt. If payments on the new bonds are missed, the collateral would be released to the benefit of private creditors, and the missed payment would have to be repaid by the sovereign to the guarantee facility.

Franco Bruni then outlined some of the ongoing policy research at ISPI and emphasized the relevance of the institution’s research to the webinar’s theme. One research project noted, for example, has argued for a revision of the GFSN for stability and sustainable growth. The GFSN has been considered mainly as an anti-crisis facility aimed at providing short-term liquidity support against financial crises. The research, therefore, argues that this mandate should be expanded through regulatory reforms at the IMF.

The panelists collectively recognized the financing gaps left by the current debt restructuring and debt relief initiatives of the international community. Yet, they also acknowledged the limits and major challenges of effectively patching this gap, especially given that a significant portion of the debt is owed to private-sector creditors. Overall, all of the panelists called for extensive commitments from the international community in realizing these initiatives.

Climate change and the pandemic, along with many future challenges to come, will require solidarity at a global level for an efficient response. Providing debt relief to MICs is one of such challenges given the scale of the endeavor. In an increasingly converging world, reducing the divergence within nations and closing the ‘big divide’ is not only critical for the prosperity of the countries in distress, but also for the world, as we have witnessed during the pandemic. The proposals presented in the webinar and the discussion that followed, therefore, provided highly demanded insight and perspective to the challenge of ‘meeting the moment.’