Powering Recovery in the Era of COVID-19: China’s Role in Global Energy Finance in 2020 and Beyond 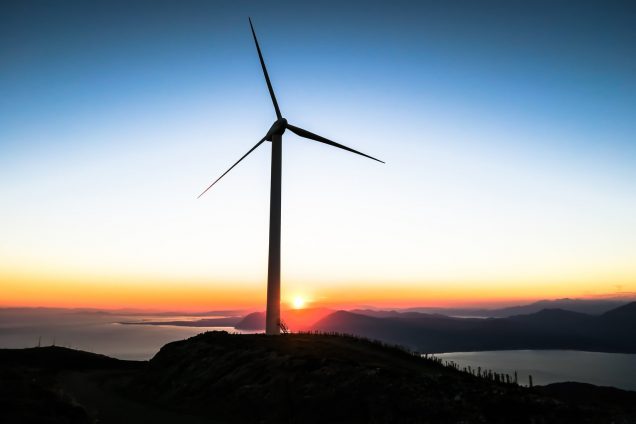 In 2020, the COVID-19 global pandemic significantly hindered business travel and economic activities. The global energy demand is not expected to return to its pre-crisis level until 2023; and the economic downturn is driving many countries towards their debt ceilings.

Under these circumstances, as the world’s largest bilateral creditor and the only major world economy to record economic growth in 2020, how have China’s two development policy banks – the China Development Bank (CDB) and the Export-Import Bank of China (CHEXIM) – performed in the overseas energy sector? How do they compare with other development finance institutions (DFIs) in the world? Has there been any change in their sectoral portfolio structure since the decline in the banks’ annual lending in the overseas energy sector? And what might China’s future energy investments and finance around the world look like?

Summarized below are insights into the state of China’s global energy financing in 2020, the impact of debt relief efforts, which countries and sectors received financing, as well as what these developments mean for global climate and sustainability goals moving forward, based on new data from Boston University Global Development Policy Center’s China’s Global Energy Finance Database,

How Much Energy Financing did China’s Policy Banks Give in 2020?

Comparatively, with the exception of the World Bank and Intern-American Development Bank, energy sector lending has decreased in 2020 for most major DFIs (that have released full 2020 project data), even though total lending of DFIs including the World Bank, Germany’s KfW, Japan International Cooperation Agency, and Inter-American Development Bank (IDB) increased in 2020.

Despite recording a lower amount of energy sector financing by CDB and CHEXIM, the banks still provided approximately the same level of energy finance as the World Bank in 2020.

As CDB and CHEXIM came into the forefront of 2020 debt relief to low income countries under the G-20 Debt Service Suspension Initiative (DSSI), lower levels of new loans are more or less within expectation. While the DSSI calls for debt suspension and no new non-concessional debt for participating low-income countries experiencing fiscal challenges, developing countries still need financial assistance to sustain development and economic activities, where DFIs have a critical role to play.

Among the eight loans from CDB and CHEXIM in 2020, five were signed before the G-20 DSSI took effect in May. Seven of them went to low- or lower-middle income countries. All loans made after the DSSI agreement took effect were for countries not participating in DSSI. Three loans are reported to be in concessional terms – two issued after the DSSI agreement, and one before.

Elsewhere, lending was more geographically spread out. In South Asia, Bangladesh received a concessional loan for national power grid network upgrade; Pakistan received a CDB loan with the participation of multiple Chinese banks, for the Thar Block-2 TEL 1x330MW Power Station Phase II Project. In Southeast Asia, Cambodia received concessional loan for the seventh phase of its rural power grid extension project, all of which has been financed by CHEXIM. The only European nation, Serbia, received a CHEXIM loan for the construction of a district heating system for Belgrade.

What Kinds of Energy Are Being Financed?

Overall, besides the natural gas pipeline project in Nigeria and the district heating project in Serbia, within the power sector, CDB and CHEXIM’s overseas lending in the power generation sector is still dominated by hydropower and coal. One exception is a solar project in Lesotho. Investment in the electricity transmission and distribution sector became prominent in 2020, exceeding power generation investment for the first time. Higher investment in the power transmission and distribution sector also appears to be a recent trend since 2017.

When comparing the sectoral and energy source composition of CDB and CHEXIM’s overseas energy finance from 2013-2016 and 2017-2020 – the first four years since the initiation of the Belt and Road Initiative (BRI) when lending was on the rise, and the most recent four years as annual lending has slowed down, it is obvious that the decrease in the total loan amount has mainly been driven by the decline of investment in the exploration and extraction sector, which is mainly dominated by oil and gas. This is evident below in Table 1:

On the contrary, the absolute amount of lending for power transmission and distribution, a sector crucial for energy access and renewable energy expansion, has in fact increased. Financing for power generation remains high – the 2015 deal with the UK’s Hinckley Point C nuclear power plant aside, the two banks’ overseas power generation investment amount has remained almost the same over the two periods.

In terms of energy sources, there has been a decrease in the absolute amount of coal power finance, a significant decrease in oil and gas, and a slight increase in their total investment in renewable energy, see Table 2 below:

What Does this Mean for Global Climate and Sustainability Goals?

From the perspective of climate and sustainability, 2020 has been a pivotal year. China placed significant emphasis on climate actions and green finance, as China’s President Xi Jinping committed to peak China’s CO2 emissions before 2030 and to reach carbon neutrality by 2060. At the Belt and Road Forum for International Cooperation, State Councilor and Foreign Minister Wang Yi emphasized “the development of a Green Silk Road.”

Meanwhile, many developing countries have updated their energy development plans in response to climate change, including Bangladesh, Pakistan, and the Philippines, which all restricted new coal plants. Major public and commercial financiers, including the governments of Japan and the UK, BlackRock, HSBC, and the Asian Infrastructure Investment Bank (AIIB), pledged to move away from financing coal projects.

While total energy investment is set to decrease, global investment in energy transition has increased, and China still leads renewable energy capacity investment in the world. Given this domestic and international momentum, Chinese development finance institutions could pursue coherent policies in their overseas financing strategies to phase out fossil fuels and scale up sustainable energy finance.

A sustainable recovery from the COVID-19 crisis requires multilateral efforts across the world, and a key driver of that can be sustainable energy investment and finance.

Read the Policy Brief Explore the Database
Tweets by GDP_Center