Embracing the Global Public Amid COVID-19: A Conversation with Joseph E. Stiglitz 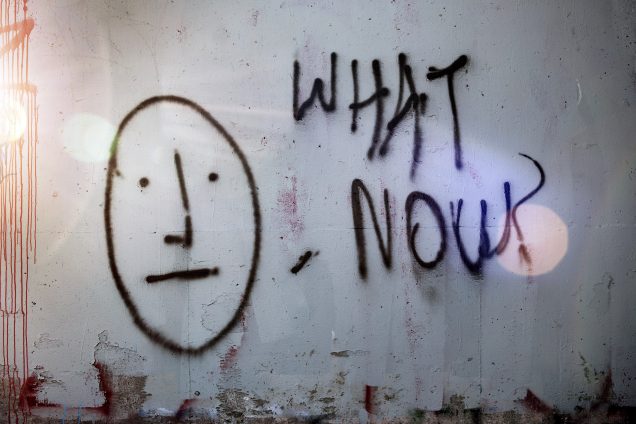 At first glance, the International Monetary Fund (IMF) seems to have learned a valuable lesson from the 2008 global economic crisis: austerity is a counterproductive response to a contracting economy. Yet, faced today with a much bigger crisis, the global financial system is preventing many countries from acting on this insight. In a recent interview with the Global Development Policy Center’s Kevin P. Gallagher, renowned economist Joseph E. Stiglitz shed light on where the dysfunctions lie and what the alternative should be:

In 2010 the IMF, driven by fear of public deficits that were rising as part of the emergency response to the financial crisis, called for budgetary retrenchment. The effect was to further suppress consumer demand and restrict governments’ ability to provide public goods, contributing to an exceedingly slow global recovery, a years-long threat to the integrity of the eurozone, and a global crisis of legitimacy for neoliberal globalization.

Today, the IMF no longer counsels growth-strangling austerity, but recommends higher deficits in the short term to restore economic activity that will reduce deficits over a longer period. Yet, the Fund is still in danger of repeating the disastrous mistake of the last crisis. It now supports fiscal stimulus—but only for the rich countries.

In its October 2020 Fiscal Monitor report, the IMF writes:

For countries with fiscal space and deeper scarring, temporary expansionary measures—implying a slower reduction in the fiscal deficit and a further increase in debt in the short term—would appropriately balance the pro-growth and debt sustainability objectives over the medium term. For countries with limited fiscal space—especially those with tighter financing constraints—fiscal deficits would need to be reduced faster to prevent debt distress or increases in borrowing costs that could derail the recovery.

Stiglitz explained that such an approach to the current economic crisis is not only harmful to many of the most vulnerable countries, it also endangers richer countries—both on the immediate task of economic recovery and on the longer-term aim of climate stability.

The need for a new approach is urgent. As Gallagher and Stiglitz discussed, developing countries have suffered a record number of credit downgrades this year and over 30 now face looming financial crises. The major international bodies that have discussed how to respond—the IMF and the G20—have been saying the right things, but have not acted on their rhetoric.

What is required first, Stiglitz argued, is significant debt relief to restore access to credit markets. Debt relief must be comprehensive—it must cover both public- and private-sector obligations, lest payment pressures merely be shifted rather than lifted—and it must be ambitious enough to deal with the problem, rather than wasting valuable time with timid steps that delay a complete reckoning. Instead of truly facing the problem, the G20 has offered only a suspension of debt payments; in Stiglitz’s words, nothing more than “a postponement of the execution.”

Second, significant emergency financing should be extended to enable immediate relief measures in the worst-hit countries. $500 billion in Special Drawing Rights (SDR), an IMF foreign exchange instrument, could be released immediately without additional authorization from IMF member countries’ legislatures, but the United States has vetoed such an allocation. The inequities of the global economy are dramatized by the spectacle of the US doling out some $7 trillion of relief, emergency loans, and stimulus spending domestically, while blocking a small fraction of that amount which would allow poorer countries to pursue similar measures.

Stiglitz also emphasized the need for longer-term reforms, such as the sovereign debt restructuring mechanism endorsed by the UN General Assembly in 2015, but blocked by the United States. He also called for a larger reorientation of US politics toward the global economy, away from representing powerful corporate interests and toward greater multilateral cooperation behind trade and investment policy that advances the interests of those left behind: both the US working class and developing countries.

The G20 countries’ refusal of pragmatic measures, such as SDR allocations and debt relief, for developing countries is not just an injustice, Stiglitz argued, but threatens the interests of rich countries as well. First, blocking an effective response to the pandemic ensures that the disease will continue to circulate globally much longer than necessary.

Second, strangling growth in emerging economies also endangers economic stability in the rest of the world. Stiglitz noted that China is unlikely to play the same role it did in the last global economic crisis, when it implemented an enormous domestic stimulus that quickly spurred exports from many developing countries—ultimately contributing more to reviving the global economy than the austerity-shackled rich countries. Today, the global economy needs new engines of growth and popular protests around the world are demanding decent jobs, lower inequality, and stronger provision of collective goods. Fiscal constraints are instead imposing stagnation and frustrating reform. In the worst cases, this may lead not only to tragically missed opportunities for development, but also to violent civil conflicts giving rise to new refugee crises.

Finally, the world is also in danger of missing its best opportunity to confront the looming climate crisis: focusing reconstruction investment on driving a green transformation of the global economy. The success of such a project rests on cooperation between the capital surplus countries and developing countries to channel investment in the right way. Without such support, developing countries are far more likely to rely on dirty energy in pursuit of development.

All of this raises a crucial question: what is the politics that could reshape the thinking of leaders in the rich countries to bring them in line with Stiglitz’s arguments? Perhaps what is needed is less an overt appeal to self-interest and more a focus on something that goes beyond individual countries: the urgent need to bring into being a new set of global public goods.

Whether we consider the need for universal public health infrastructure to effectively contain the coronavirus and prevent future pandemics, for universal dissemination of green technology to manage the climate transition, or for universal access to development capital to ensure that post-pandemic rebuilding not only revives growth, but enables a more humane and inclusive global economy, our most pressing problems cannot be reduced to the particular interests of individuals, firms, or countries. The “self-interest” that has thrived during the last four decades of market supremacy no longer serves our interests.

The global public goods needed today also differ fundamentally from those that US hegemony has sought to provide in recent decades, such as freedom of sea navigation or liberalizing trade agreements. The latter treated the “global public” not as itself a constitutive social fact, but as a set of formally neutral rules that would maximize the space for individuals and companies to conduct their own business.

The progress of globalization driven by that “neutral” framework has fundamentally reshaped the economic and social landscape, simultaneously creating the possibility of a global public while concentrating power in the hands of particular interests at odds with it. Today, the abstract universalism of the market no long facilitates growth and opportunity, but stifles it—as reflected both in neoliberal globalization’s crisis of legitimacy and in the unhealthy economic dynamics that were visible even prior to the COVID-19 pandemic. To move forward, globalization requires a turn toward substantive universalism. In other words, the global public needs to be recognized as something that exists in its own right, something not reducible either to individuals or nation-states, but that nonetheless embraces and secures them.

Then the framework that could provide global public goods must be built, a movement that will have to confront not only existing elites operating in terms of market rationality, but also the nationalists masquerading as the only alternative to a discredited globalization. A wave of protests doing just that has erupted across the globe over the last two years—the next step is to link these energies behind a substantively universalist global vision that could found a new globalization.