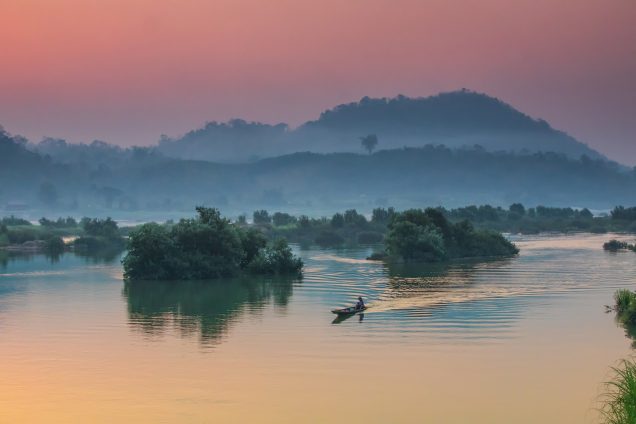 Editor’s note: this blog summarizes research presented as part of the GDP Center’s Global China Research Colloquium on October 7, 2020. A recording of the presentation is available below:

Hydropower is often talked about as a low-carbon, clean source of electricity. Indeed, electricity produced by hydropower has far lower associated greenhouse gas emissions than electricity produced by burning fossil fuels. However, the introduction of hydropower infrastructure to a river system, and especially the construction of dams and reservoirs, can have massive consequences for local environmental and social systems, a result at odds with hydropower’s relatively clean global impact on greenhouse gas emissions.

Hydropower has a long and contested history in the Greater Mekong Subregion (GMS), which consists of countries along the mainstream Mekong River – Laos, Myanmar, Vietnam, Thailand, Cambodia, and China’s Yunnan province. Although these countries share a connection to the Mekong River, the region has extraordinary cultural and ecological diversity, making transboundary water management a serious problem. The turbulent legacy of colonialism, war, and conflict in the 20th century is still playing out today in ongoing tensions between neighboring countries, all of which have growing energy demands to meet rising standards of living. One way to satisfy these demands may be through the continued expansion of hydropower along the Mekong and its many tributary rivers.

All of the GMS countries except Thailand currently rely on hydropower for more than one-third of their electricity generation. Thailand and Vietnam are engaged in transboundary hydropower development in their neighboring countries, while the Lao government is pursuing a development strategy known as the “Battery of Asia”, with a huge number of new hydropower projects under development. Meanwhile, Cambodia and Myanmar have yet to achieve universal electricity access – according to the World Bank, only two-thirds of the population in Myanmar have access to electricity, the lowest rate in the region. 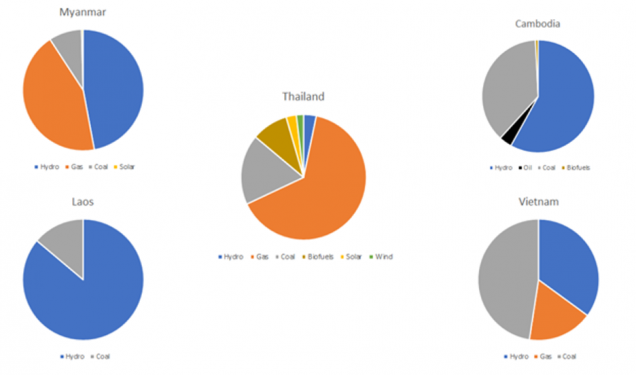 Enter China into this complex energy and resource landscape. Although China’s overseas investment strategy, the Belt and Road Initiative, was announced in 2013, Chinese trade, investment, and exchange with the rest of the GMS region is millennia old. What is relatively new is China’s ability to export its significant technological and managerial expertise in large-scale hydropower projects to other countries. A growing share of hydropower plants in the Mekong use Chinese equipment and construction companies, receive finance from Chinese development banks, and/or investment from Chinese energy companies.

This trend has not been met without resistance. Even as national governments welcome Chinese investors, a vibrant community of local activists oppose Chinese involvement in the development of such large-scale hydropower. The most notable example may be the Myitsone dam in Myanmar, which was suspended following years of public protests.

Given the rising tide of tension, it is important to understand not only the comprehensive environmental impacts of hydropower development in the region, but also the ways in which certain actors – such as Chinese engineering and construction companies, or Chinese financial institutions – are connected to potentially differing environmental practices. How do hydropower plants associated with traditional developers, like the World Bank and Western colonial powers, differ in terms of their environmental performance from the new spate of plants with Chinese involvement? Recently, the US Department of State announced a new Mekong-US Partnership to expand US investment in the region, with a focus on infrastructure and water security – signaling a direct response to China’s growing influence in the region. How might U.S. programs differ in their approach to environmental management from Chinese or domestic programs? Another recently announced US program, the Blue Dot Network, proclaims that it will uphold global infrastructure principles and promote environmentally and socially sustainable investment. However, as these two programs are still in their early stages, they remain counterpoints in rhetoric only to the massive investment that China has already disbursed in the GMS.

Though this research is in its early stages, assembly has begun on a dataset of hydropower projects in the GMS that will have technological and financial data for each project. This will be a notable achievement as existing datasets only track one set of variables or the other, or contrastingly have very spotty coverage of both. The data is sourced from the GDP Center’s forthcoming China’s Global Power Database (CGPD), which includes both technology and financial data.

While the CGPD only covers Chinese power plants, this research seeks to understand non-Chinese projects as well. For these, data was used from partners at the World Resources Institute and the Stimson Center. Once combined with environmental data, it will be possible to map actors to impacts in a comprehensive comparative framework. The goal is for this comprehensive assessment to complement the many rich case studies of individual projects.

The release of the Mekong hydropower dataset is forthcoming, along with the full results of the research on the environmental impacts of hydropower plants in the GMS. Subscribe to the Global China Initiative newsletter to receive updates.

Dinah Shi is a Senior Software Engineer at GitHub, moonlighting as a research assistant on China’s extended environmental footprint.

The authors would like to thank the Wilson China Fellows program for supporting this research.