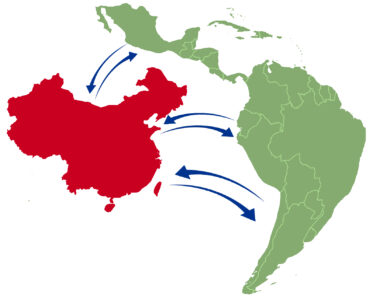 These are the findings of the 2020 China-Latin America Economic Bulletin, which brings together the most important annual trends for this burgeoning relationship in terms of trade, finance, and investment.

Latin American and Caribbean trade with China hit record levels in 2019, in a relationship that continues to be focused on exporting raw materials and attracting Chinese infrastructure investment. At the same time, Chinese development finance to Latin American and Caribbean governments slumped to $1.1 billion, a sharp decline from the early years of this decade. These findings were published in the 2019 China-Latin America Economic Bulletin, the China-Latin America Finance Database (produced in cooperation with the Inter-American Dialogue), and the GDP Center-Dialogue joint paper, Scaling Back: Chinese Development Finance in LAC, 2019.

The goal of the bulletin, database, and annual paper series is to provide analysts and observers a handy reference to the ever-changing landscape of China-Latin America economic relations, a landscape where data is not always as readily accessible. Highlights from this year’s bulletin include: