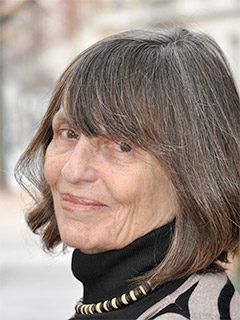 Professor of International Relations and Sociology

Susan Eva Eckstein is a professor of sociology and of international relations at Boston University Pardee School. Her main focus is on Latin America. She has written most extensively on Mexico, Cuba, and Bolivia. Currently, she is working on immigration and its impact across borders.  She recently published a sole-authored book on Cuban Americans and a co-edited book that focuses on homeland impacts of immigrants from different countries and regions of the world. She has also done some writing on volunteerism and suburban ethnicity in the U.S.

Eckstein is the author of four books, most recently of The Immigrant Divide: How Cuban Americans Changed the U.S. and Their Homeland, and editor/co-editor of another four books in English (most recently of How Immigrants Impact Their Homelands [co-authored]). She has also published two books in Spanish and authored about seven dozen articles, winning several awards for her publications. She has held grants and fellowships from the John D. and Catherine T. MacArthur Foundation, the Radcliffe Institute, the American Council of Learned Societies, the Social Science Research Council, the Rockefeller Foundation, the Institute for World Order, a Mellon-MIT grant, the Ford Foundation, and the Tinker Foundation. She has served as President of the Latin American Studies Association and of the New England Council on Latin America; held numerous other positions in those two societies as well as in the American Sociological Association and the Eastern Sociological Society; and served on the editorial boards of about a dozen journals and press editorial boards.