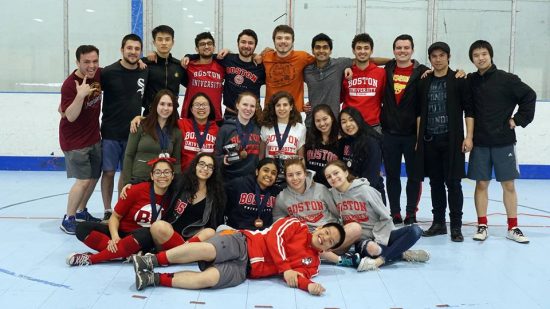 The Fencing Club competes in a variety of tournaments throughout the Northeast each year, including the annual New England Fencing Championship. The club also engages in competitive matches against regional schools. Practices are held four times a week. While only a certain number of members are sent to compete against other schools, the club’s practices are open to anyone who is interested.

Check out the team’s event center for their upcoming schedule!

Interested in donating to the Fencing Club? Please visit the Terrier Pride Online Gift Form and select “Friends of Fencing.” All donations are tax-deductible and go directly to the club of your choice.