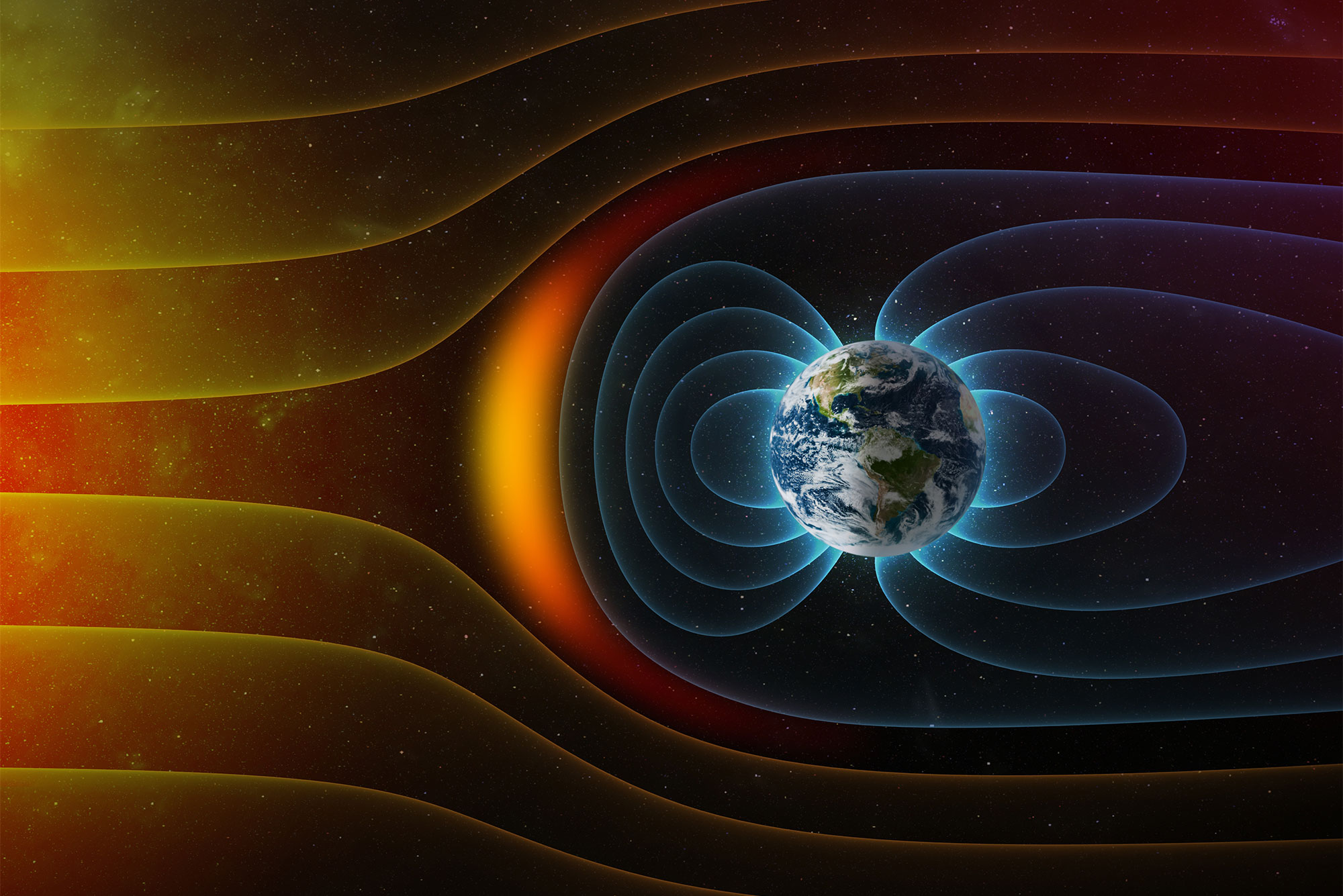 Boston University researchers recently received CAREER awards, granted from the National Science Foundation, with one of the six winners investigating space weather in order to safeguard satellites and other orbiting technologies making their way around the Earth. Illustration by koya79/iStock.

Sahar Sharifzadeh is working to understand the intricacies of how electrons interact with sunlight, the very basis of how solar energy works. A College of Engineering assistant professor of electrical and computer engineering, she has the ambitious and ever-so-timely goal of improving materials that can revolutionize solar panels—something she plans to accomplish with the help of the CAREER award given to her this past year.

“I have always been fascinated by how light interacts with various materials,” says Michelle Sander, an ENG assistant professor of electrical and computer engineering. “I enjoy exploring new research directions, and currently we are developing novel instrumentation and studying fundamental photothermal concepts to apply to biomedical research, and to address materials science questions.” Sander is planning to design an infrared microscope to explore a new, noninvasive way to sample malignant brain cells in order to advance cancer studies, diagnosis, and possible drug treatments.

Author, Jessica Colarossi is a science writer for The Brink. She graduated with a BS in journalism from Emerson College in 2016, with focuses on environmental studies and publishing. While a student, she interned at ThinkProgress in Washington, D.C., where she wrote over 30 stories, most of them relating to climate change, coral reefs, and women’s health. View her profile