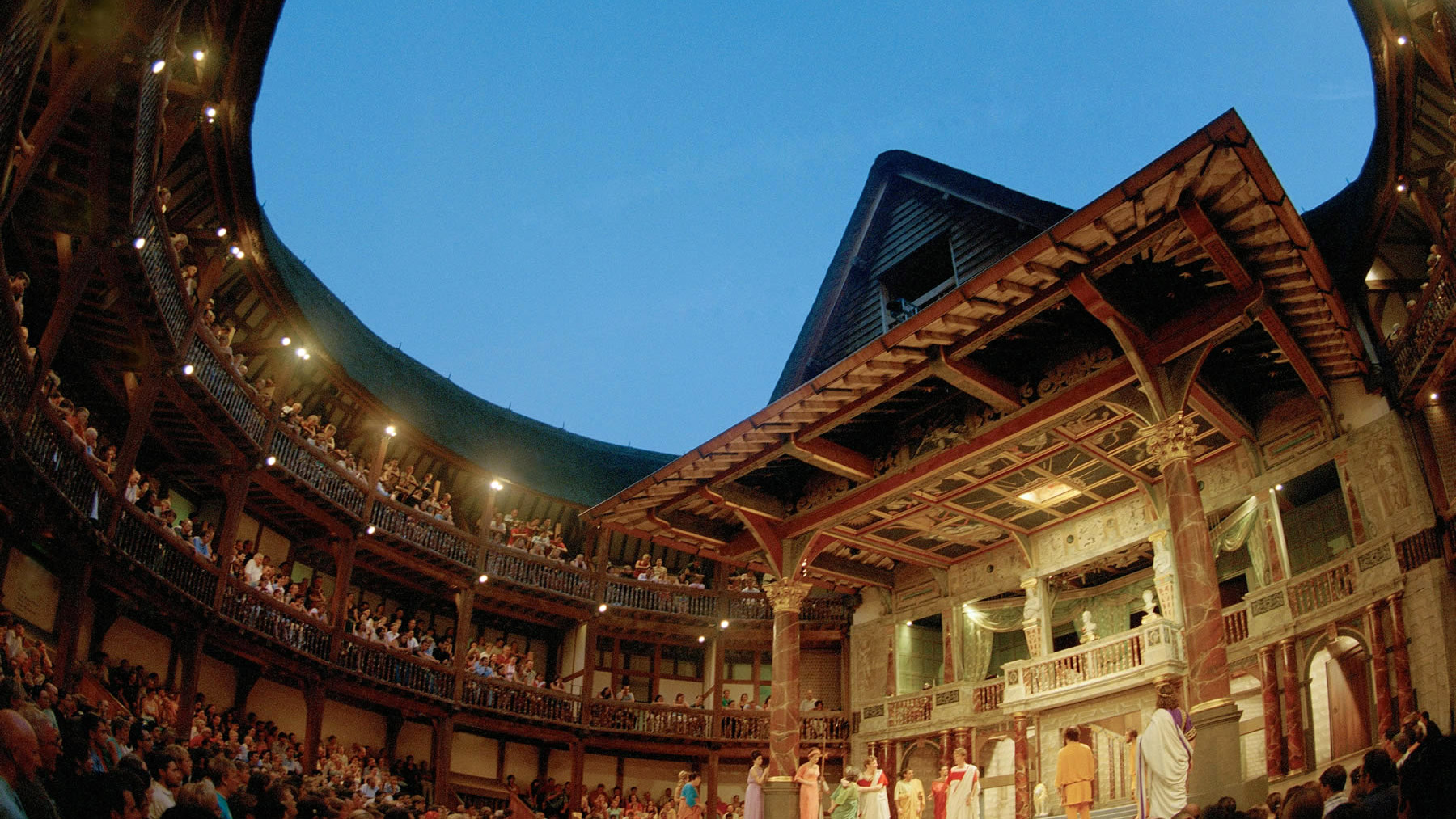 For Ph.D. students: while one course may fit multiple categories, it can only be used to satisfy one distribution requirement.

Courses with a (T) count for the Theory Requirement

The course focuses on key aspects of humanistic theory, that is, conceptual discourses pertaining to the humanities, that have significantly affected thinking about culture (especially literature, art, and film) over the past fifty years. These discourses made available new ways of understanding language, history, consciousness, and values (aesthetic, moral, and political) that helped to generate influential interpretive approaches to art and literature. We will consider such intellectual movements as structuralism, post-structuralism, post-Freudian psychoanalysis, new historicism, gender-oriented discourses (feminist, queer, and transgender), critical race and ethnic discourse, post-colonial discourse, environmental humanism, and animal studies. There will be brief attention to formalist and reader response theories and methods of literary interpretation as important directions that later movements challenged and displaced or partially absorbed. Students will write frequently about the readings discussed.

What is noir? An introduction to the term, its history, its definitions, and its realizations. Our focus will be on twentieth-century American crime fiction, with some attention to screen versions. Authors may include Hammett, Chandler, Anderson, Cain, Macdonald, and Himes.

This course examines how creative writers and historians have depicted the historical transition from a world of colonial empires to a world of nation-states. Novelists discussed may include Abrahams, Salih, Naipaul, Dangarembga, Adichie. We will also read a number of historical essays on the varied colonial contexts presupposed by these fictional narratives.

Even for a literary-critical establishment sophisticated in its sensitivity to matters of gender, race, and class, late life remains an unexplored and largely ignored—perhaps feared—social and personal domain. While our course offers an applied survey of Elizabethan and Jacobean literature, it also looks to provide grounding in the evolving discipline of age studies or “literary gerontology.” To do this, we will first tour critical texts of the past half-century to build a vocabulary and set of disciplinary assumptions to be tested. After revisiting classical precedents vital to the Renaissance humanists, with particular attention to Cicero’s seminal dialogue on old age De senectute and lyric representations from Anacreon to the late imperial poet Maximianus, we turn next to selected early modern medical, philosophical, and religious treatises that address the topic of aging. With Shakespeare’s great tragedy of senescence King Lear as its centerpiece, we then devote the majority of our semester to English representations and revaluations of old age in the works of writers ranging from Elizabeth I herself to Spenser, Sidney, Donne, and Jonson.

We routinely say that literary and other artworks are about something, and we just as routinely claim that they’re beautiful, powerful, boring, interesting, clichéd, and so on. But on what basis do we make such claims? Do they derive from calculation, rational choice, or specialized training? Are they the product of brute innate preferences, ideological formations, practical reasoning, special intuition, or divine revelation? And why, compared to claims about arithmetic or basic science, do we so routinely fail to agree about them? Such questions about knowledge and judgment are longstanding in philosophical aesthetics, but have special purchase in the modern context, with changes in communal norms of evaluation, the development of new interpretive methods, and the creation of new social, political, and economic institutions. The first part of this course will be devoted to one of the most important and influential—as well as most challenging and rewarding—responses to these questions and developments: Immanuel Kant’s Critique of Judgment (1790). Kant’s book has things to say about most of the topics we continue to debate in literary studies, including meaning, creativity, cognition, beauty, sublimity, form, feeling, nature, and the place of morality and politics. From there we will move to several modern and contemporary figures who build upon Kant, refuse Kant, or extend the themes that Kant’s work raises. Possible nineteenth- and twentieth-century thinkers include Mary Wollstonecraft, J.G. Herder, Karl Marx, Frederick Douglass, Oscar Wilde, and W.E.B. DuBois. Possible contemporary perspectives include those of the Frankfurt School, ordinary language philosophy, affect theory, critical race theory, the Birmingham School, and French existentialism.

This seminar examines models of time (pace, narrative, scale) in British Eighteenth-Century, Romantic, and Victorianist texts during major transformations in science and technology (geology, dinosaurs, Darwin, railways, film, and a glimpse forward to Einstein). Literary authors focus on the Victorian period and especially the Victorian novel, including Jane Austen, Alfred Tennyson’s In Memoriam, George Eliot, H. G. Wells, and Marcel Proust. Other texts and materials will include Edward Marey’s chronophotographs, early comics, and a wide range of historical and theoretical texts about time. One thematic strand will be the developing economics and ideology the drove fossil fuel use, imperialism, and enslavement during this period. Another will be techniques of scaling in earlier times and today. The course introduces approaches to conceptualizing and representing change over time that can apply to a wide range of geographical spaces and time periods. Fulfills pre-1860 category.

The interdisciplinary environmental humanities focus on how humans interact with the more-than-human life forms and forces that historically have been conceived of as “nature” or “environment” in Western modernity. Our class will examine the relations between cultures and nature/environment (and of a “natureculture” continuum) across different disciplines, considering how these relations are situated, made, and narrated in distinct social worlds, and in particular in our moment of climate emergency. To do this we will also consider how understandings of “human” and “person” have been shaped across cultural, historical, gender, religious, political, and racial differences. Finally, we will explore how decentering the human as the central agent of earthly life opens up lively ways of knowing and storying the more-than-human forms of life and agencies shaping our planet. To do this, we will read cultural geography, Indigenous studies, anthropology, museology and art history, literary theory and ecocriticism, philosophy, literature, environmental history, history of science, Arctic humanities, and energy humanities, all of which contribute to the emerging interdiscipline of Environmental Humanities. Full length works we will read include Jeff VanderMeer’s Annihilation, Kathryn Yusoff’s A Billion Black Anthropocenes or None, and La Mettrie’s Man a Machine/Man a Plant. A number of the case studies focus on the Arctic world in order to model one possible pathway through wide ranging material (seminar papers need not focus on this or any other particular spatial or temporal frame). As the fastest warming region on the planet, and one that continues to be represented by outsiders as an uninhabited wilderness, a resource frontier, or a living laboratory forecasting climate change, the Arctic with its diverse communities of human and nonhuman life makes possible unique understandings of human/environmental relations. This seminar satisfies the English Department’s Theory, Critical Method, History of Criticism requirement. Students from other departments are welcome to enroll, and should contact the instructor in advance

Drawing on examples from literature, art, photography, and history, this course examines how exchanges across racial and national frontiers shaped the development of modernism in the U.S. and the Caribbean. We begin by revisiting the significance of modernist cosmopolitanism, expatriation, and migration with a focus on the diverse legacies of intercultural dialogue among canonical or so-called “high” modernists, New Negro Renaissance writers such as Langston Hughes, the Black Chicago Renaissance poet Gwendolyn Brooks, and the fiction, nonfiction prose, and poetry of James Baldwin.  Next, we examine transnationalism in a comparative New World context, turning to works by Aimé Césaire (from Martinique), the Guadeloupean poet St.-John Perse (translated by T. S. Eliot), and Derek Walcott (from St. Lucia).  During our final sessions, we’ll explore cultural crossings with Asia in works by Ezra Pound, Richard Wright, Miné Okubo, Ansel Adams, Mitsuye Yamada, Sonia Sanchez, Ha Jin, and others. Fulfills the Literature in English 1860 – Present requirement.