Abstract: Metasurfaces—planar arrays consisting of discrete, scattering elements—have revolutionized the design of diffractive and holographic apertures across the electromagnetic spectrum. The metasurface concept has led to new architectures for reconfigurable antennas and apertures, relevant for sensing and imaging applications, and provide substantial performance benefits. The metamaterial elements used in metasurfaces can further be used to enhance optical processes in integrated materials, so that hybrid metasurfaces can be explored for light generation, detection or modulation. Here we review some of the basic aspects of metasurfaces, and highlight our recent work on film-coupled nanoparticle metasurfaces, which combine plasmonic interactions with other light management functions. 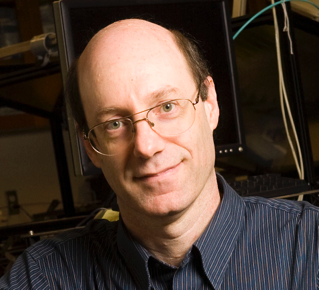 About: Dr. David R. Smith is the James B. Duke Distinguished Professor of the Electrical and Computer Engineering Department at Duke University, where he also serves as Director for the Center for Metamaterial and Integrated Plasmonics. Dr. Smith is also the Founding Director of the Metamaterials Commercialization Center at Intellectual Ventures in Bellevue, Washington. Dr. Smith received his Ph.D. in 1994 in Physics from UCSD. Dr. Smith’s research interests include the theory, simulation and characterization of unique electromagnetic structures, including photonic crystals, metamaterials and plasmonic nanostructures. Smith and his colleagues demonstrated the first left-handed (or negative index) metamaterial at microwave frequencies in 2000, and also demonstrated a metamaterial “invisibility cloak” in 2006.  In 2005, Dr. Smith was part of a five-member team that received the Descartes Research Prize, awarded by the European Union, for their contributions to metamaterials and other novel electromagnetic materials.  In 2006, Dr. Smith was selected as one of the “Scientific American 50.” Since 2009, Dr. Smith has continually been named a “Citation Laureate” by ISI Web of Knowledge for having among the most number of highly cited papers in the field of Physics. Dr. Smith is a co-recipient of the McGroddy Prize for New Materials, awarded by the American Physical Society, for “the discovery of metamaterials” (2013). In 2016, Dr. Smith was elected to the National Academy of Inventors. Dr. Smith has recently been active in transitioning metamaterial concepts for commercialization, being a co-founder of Evolv Technology, Echodyne Corporation, Pivotal Commware, and advisor to Kymeta Corporation—all companies devoted to developing metamaterial products.