Miloš Popović is Supervisor of the Year 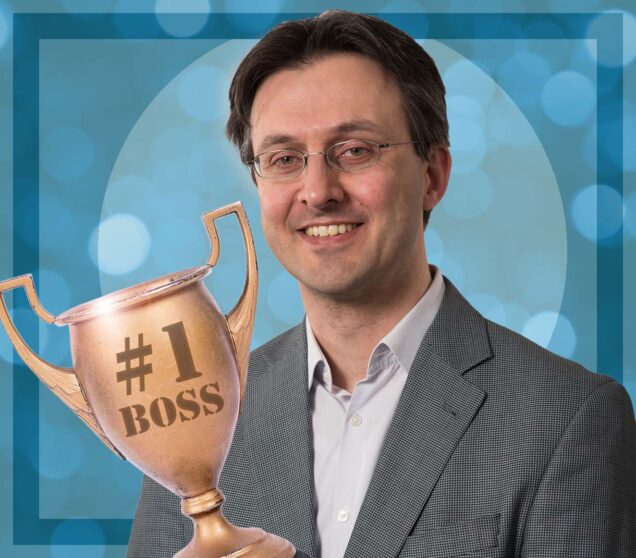 by Millie Zhu and Allison Kleber

ECE Professor Miloš Popović has been named 2022’s Supervisor of the Year, an award given each year at the culmination of National Student Employment Week in recognition of those staff and faculty supervisors who serve as role models and positively impact their student employees’ skill development and overall BU experience. Professor Popović was nominated by Imbert Wang, a current PhD student member of his Silicon Photonics Lab, along with former group members Mark Wade, Cale Gentry and Jelena Notaros.

Professor Popović’s superlative mentorship of his research fellows made him a standout among the year’s supervisor nominees. “I thought Miloš was an excellent supervisor prior to Covid, but it was during the pandemic that his leadership and mentorship really shone through”, Wang commented, sharing that Professor Popović had pushed for funding for a fellow student’s travel to home country to mourn a parent who had died of the virus. This example of the professor’s compassion and advocacy for his student researchers was particularly striking to the award committee.

Many of Professor Popović’s former students have gone on to significant achievements in their field, including one founder of a Silicon Valley startup, and a current assistant professor at MIT. “All things considered, Miloš’ mentorship has helped his students achieve great things,” said Wang. Professor Popović’s supervisory excellence has received recognition not only from Boston University, but at a regional level as well: the Northeast Association of Student Employment Administrators (NEASEA) has awarded the professor the same honor.