Missed A Turn? There Might Be a Storm in Space 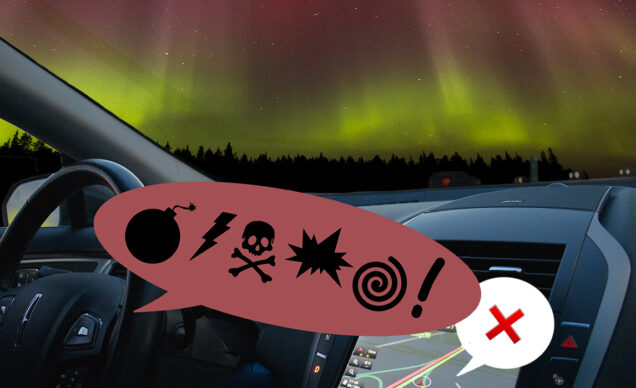 These days, most people would be lost without their GPS. The Global Positioning System, and satellite-based navigation and timing services in general, have become critical infrastructure on which much of contemporary society depends, and its imperfections can lead to all kinds of havoc when they crop up. And while these systems have come a long way since their introductory days, lags and dropped signals can still lead to considerable frustration, as anyone who has missed an exit as a result can attest. 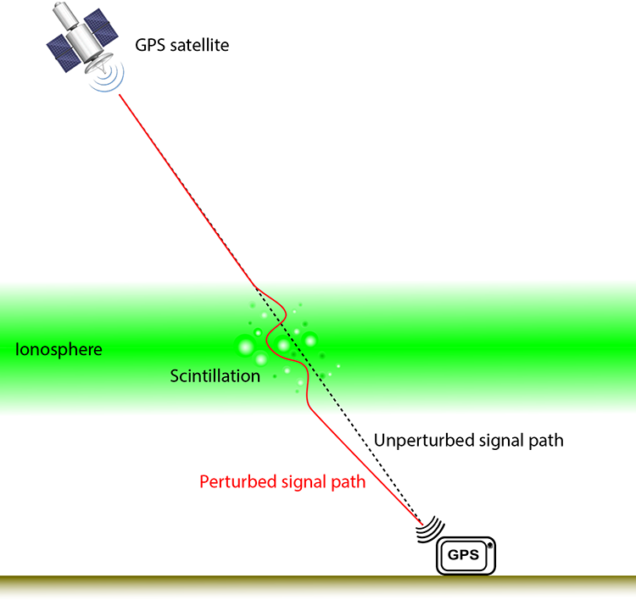 Of course, when we’re all carrying these devices around in our pockets as just another phone app, it’s easy to forget that we’re relying on signals bounced to us from satellites orbiting more than ten thousand miles above our heads. That’s a lot of room for things to go wrong, even now.

One of the culprits behind this kind of disconnect is a form of atmospheric interference called “scintillation.” Scintillation occurs when irregularities in the density of the ionosphere cause rapid fluctuations in a signal’s phase and/or amplitude, as it travels between a satellite and instruments on the ground. Scintillation can lead to inaccurate positioning of up to several meters. Most research on this phenomenon to date has been limited to regional case studies; more comprehensive investigation is needed before we can really understand it, and begin to invent means of countering its effects on our technology.

Enter ECE Research Professor Toshi Nishimura. Supported by $228K/year in funding from NASA, and working with a large dataset drawn from the Canadian High Arctic Ionospheric Network (CHAIN), Nishimura is engaged in just such a comprehensive study, using statistical analysis comparative data from simultaneous imager, radar and satellite sources to nail down the specific ionospheric conditions and physical mechanisms behind

scintillation, and to illuminate their regional variations.

Nishimura’s team has already seen promising results: using data collected from the University Navstar Consortium (UNAVCO) Global Positioning System receiver network here in North America, they published observations on the distribution of scintillation in the mid-latitude ionosphere during a space storm in September 2017.

Toshi Nishimura is an affiliate of the Center for Space Physics, as well as the Principal Investigator of the Auroral Research Group at BU. He earned his PhD from Tohoku University in Japan, in 2009.