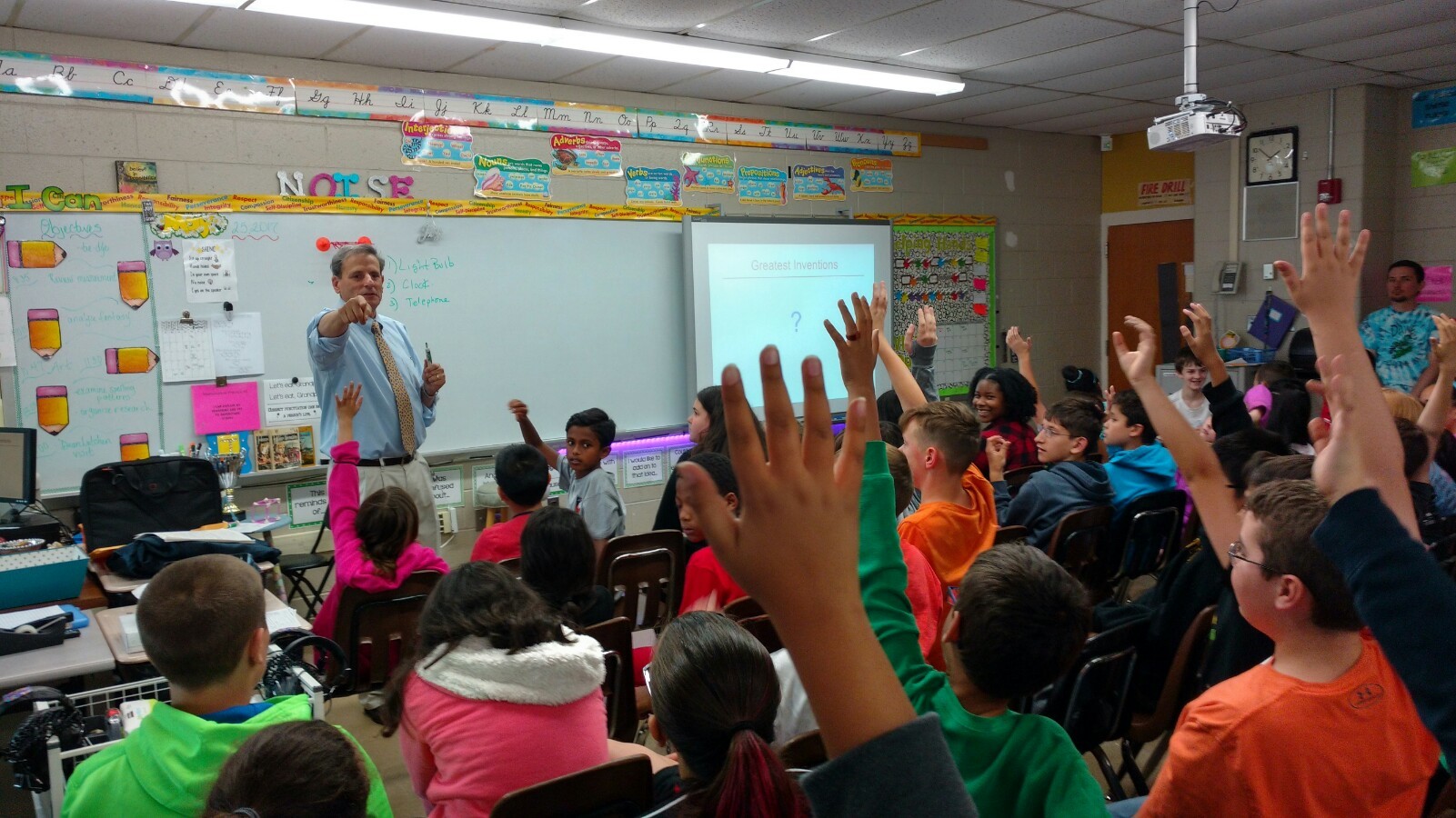 College of Engineering Dean Kenneth Lutchen is a firm believer in expanding young people’s career horizons and ensuring the country has a steady stream of engineers in the pipeline. It’s why the Technology Inspiration Scholars Program – which sends ENG undergraduates into middle and high schools across the country to show young people the possibilities of a career in engineering – was created.

Last month, Dean Lutchen took a hands-on approach when he made a presentation to a fifth grade class at the Joseph R. Dawe, Jr. Elementary School in Stoughton, Mass. He’s made the trip before because he has a personal connection – his daughter is the fifth grade teacher.

He spent his visit showing the students how engineers invent new technologies that improve society. He walked them through the invention process, from idea to patents to commercialization that bring technologies into use, opening eyes and hopefully getting some of the students to think about their future careers.

He asked the class to name some of the most important inventions, which solicited thoughtful responses like the internet, smartphones, the wheel, paper and the electric grid. But proving the students were not without a sense of humor, sliced bread also made the list.