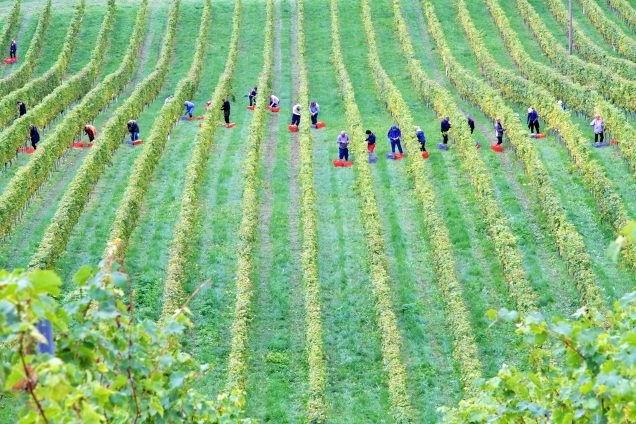 Urgent policy shifts and economic restructuring are critical for forestalling a climate disaster, but what does the past decade reveal about whether we—as scholars, policymakers and global citizens—are on the right track? Could we forge better paths?

In a candid address at the Schumacher Center for a New Economics, Dr. Neva Goodwin, a Distinguished Fellow at the Economics in Context Initiative (ECI), reflected on her original 2010 lecture titled “What Can We Hope for the World in 2075?” She discussed how her thinking on the state of economics, politics and the environment has evolved, and outlined key challenges and fresh visions for the global economy. Speaking with Stewart Wallis, the chair of the Wellbeing Economy Alliance, Goodwin discussed why she has come to see ecological restoration and regenerative agriculture as crucial for building sustainable economies that promote human well-being.

State of Our World

Goodwin offered an honest and grim assessment of the present realities: she warned that with the current course of population growth and ecological destruction the world is “headed for war, widespread famine and mass migration.” The threats are more pressing compared to ten years ago. Future generations are likely to face severe impacts of climate change, including shortages of food and fresh water, as well as the destruction of soil fertility due to unsustainable modern farming practices. Goodwin noted there is a real possibility of these problems leading to wars, given that resource scarcity has often led to conflict, rather than care or cooperation.

Nonetheless, war is not the only possible outcome. “The way that humanity chooses to respond to these likely disasters include war, but they could also include the mobilization of people who are awakening to what really matters to them,” Goodwin argued. The decisions and actions that policymakers and people take in the face of scarcity can jumpstart movements to heal both the environment and our social fabric.

Pivoting to Eco-Restoration and Regenerative Agriculture

For Goodwin, ecological restoration projects present a compelling example of people mobilizing for change. Eco-restoration refers to the process of assisting the recovery of an ecosystem that has been degraded or destroyed. It possesses significant potential for undoing some of the harm done to the planet by past and present industrial activities.

Goodwin argued that given the extent of environmental harm already done, it is no longer sufficient to just sustain the natural environment and that a shift must be made to regenerate those resources. Investment in ecological restoration has huge potential payoffs—plants and other natural systems at restored sites are able to capture substantial amounts of atmospheric carbon dioxide and store it in the soil. That not only helps address the issue of climate change, but also improves soil quality, which has additional benefits, such as increased capacity of crops to withstand weather variability, purification and storage of ground waters and improved crop quality that benefits human health.

Goodwin acknowledged that eco-restoration and regenerative agriculture are labor-intensive. However, that does not signify a disadvantage, as might be assumed under standard economic theory. Eco-restoration activities improve workers’ physical and emotional health, providing jobs in the natural environment and that serve the public good. In tackling pandemic-induced job losses, she argued for the importance of government leadership to create employment in these and similar sectors that contribute to social and environmental well-being.

Fundamental to Goodwin’s thinking is a call for systems change. “Farm systems that can sustain the total human population will not come out of our current version of a capitalist economy,” she warned. “Sustainable food systems can only happen when political and economic power is aligned with the concept of well-being.”

According to Goodwin, human and environmental well-being will remain subordinate to companies’ profit motives as long as corporations continue to influence policymaking. The current capitalist economic system is often justified by its productivity in churning out goods and services. Goodwin pointed out, however, that the logic of the current system identifies consumption with well-being. While this may be reasonable in the poorer regions of the world where increased consumption of food, housing, or other necessities might improve the overall well-being, traditional goals of unlimited material affluence have been called into question in richer countries. In fact, this linkage primarily serves the interests of producers of private capital, liberating them to increase profits by stoking desire for consumption. If, indeed, the ultimate goal of economics is human well-being, then that has been obscured.

Goodwin further argued that the solution lies in severing the “unwholesome ties” between business and state, similar to the separation of church and state that occurred in the early modern period in Western history. It might appear a staggering task to undermine coalitions of power between the state and powerful corporations; nonetheless, adding clauses in corporate charters to ensure that companies work toward sustainable human well-being as a prime corporate objective could represent a concrete first step.

Divesting corporations of significant sway in shaping the economy and vesting that power in governments and local entities who carry out similar functions will build toward a market system that operates with values and incentive structures that better serve the goal of human well-being.

Never miss an update: Sign up to receive ECI’s newsletter.