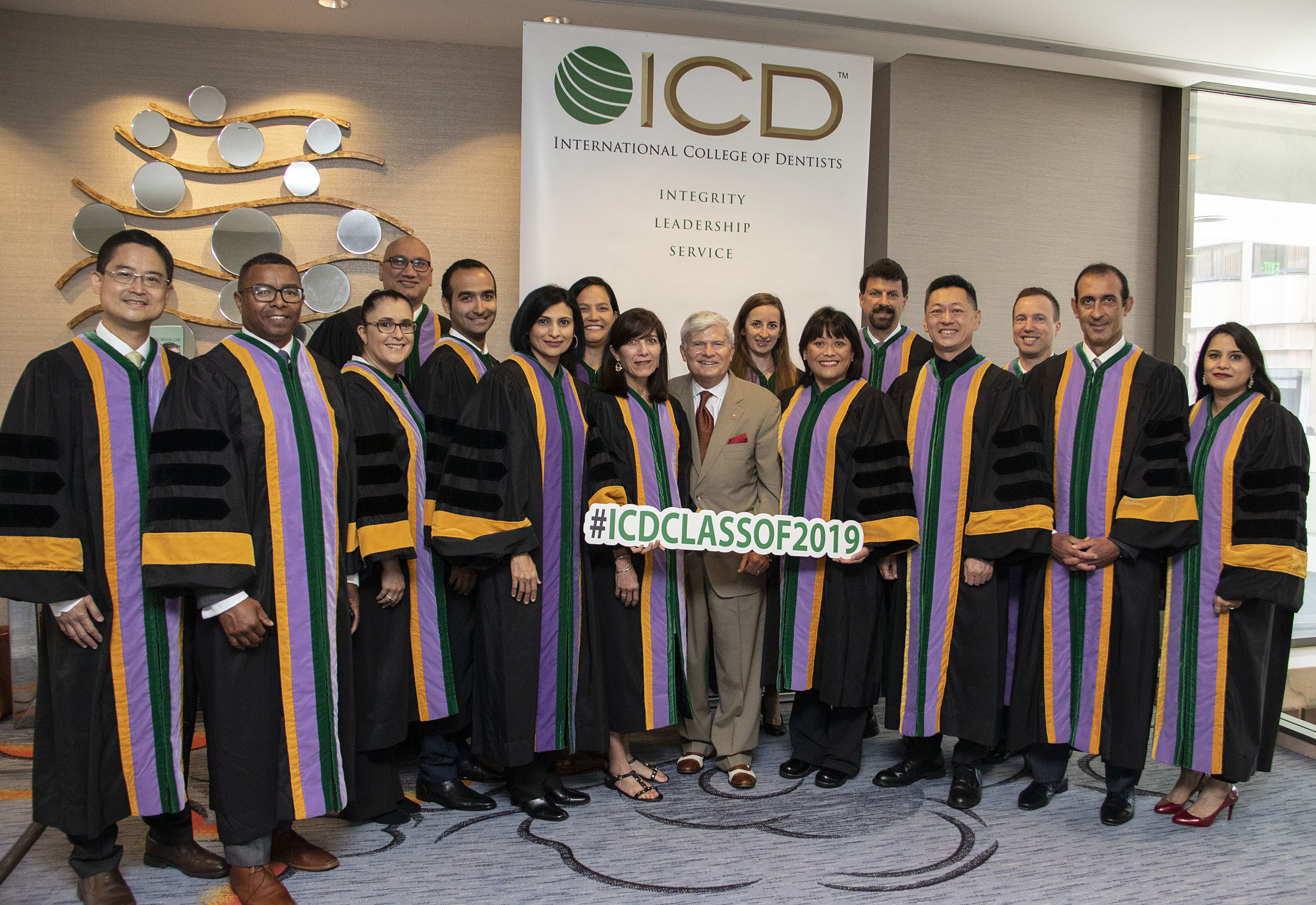 The 2019 American Dental Association (ADA) Federation Dentaire Internationale (FDI) World Congress was a week to remember as one of the largest groups of faculty and alumni from the Henry M. Goldman School of Dental Medicine (GSDM) in recent memory received recognition for various accomplishments during the conference, which was held September 4-9, 2019, in San Francisco, California.

Members of the GSDM community were inducted into the American College of Dentists (ACD) and the International College of Dentists (ICD) during separate convocation ceremonies; additionally, a GSDM faculty member was honored for being named a top new dentist by the ADA in a ceremony on Friday, September 6. Dean Jeffrey W. Hutter attended each ceremony to congratulate the alumni and faculty being honored.

“I know I speak on behalf of the entire Henry M. Goldman School of Dental Medicine community when I say how proud I am of the accomplishments of our alumni and faculty,” said Dean Hutter. “They certainly did a wonderful job representing our community during the ADA FDI World Congress.”

Read on for some highlights from the week. 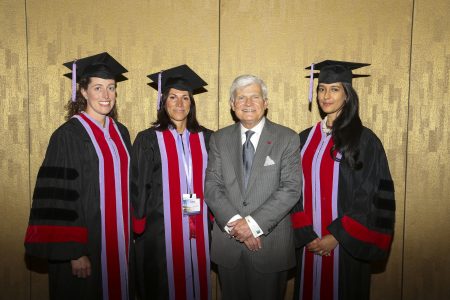 Three inducted into the American College of Dentists

On Thursday, September 5, 2019, three members of the GSDM community proudly sported black robes with red and lavender trim crossed the stage to receive a pin marking their admittance into the ACD.

Brittany McCarthy DMD 06, Gina Terenzi DMD 91, and Kadambari Rawal AEGD 10 DPH 18 (and also a clinical assistant professor of Restorative Sciences & Biomaterials) were all inducted into the ACD during a convocation ceremony at the Hilton Union Square.

The American College of Dentists (ACD) is the oldest major honorary organization for dentists. In order to be granted fellowship, candidates must be nominated by other fellows in the college.

Rawal was also recognized during the conference as one of the ADA’s 10 under 10, an annual award honoring new dentists.

The ceremony, which took place on the morning of Friday, September 6, 2019, kicked off the second day of the New Dentist Conference at the Moscone Center.

Rawal, along with the nine other dentists named to the list, were introduced to attendees and awarded a translucent plaque honoring their accomplishments.

Each year, the ADA selects 10 dentists with less than 10 years of experience who are making a mark on their profession. Those selected are chosen for making a difference in science, research and education; practice excellence; philanthropy; leadership; and advocacy.

A record-breaking 18 GSDM alumni and faculty were inducted into the ICD during a convocation ceremony on Friday, September 6, 2019 at the Hilton Union Square in San Francisco. 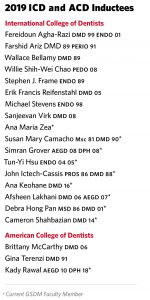 As music played in the background, the inductees entered the ballroom wearing black robes trimmed with green, gold, and lavender. Along with the other inductees in their respective districts, GSDM alumni and faculty crossed the stage one by one to receive a plaque honoring their induction, before posing for a group photograph.

“Your induction into [this] fellowship indicates that you have made significant contributions to your profession and or the society,” said keynote speaker Dr. Theodore M. Roberson, the former president of the ICD USA Section foundation.

The ICD has 12,000 members in over 122 countries. Fellowship in the organization is by invitation only and is granted in recognition of an individual dentist’s outstanding professional achievement, meritorious service and dedication to the continued progress of dentistry for the benefit of humankind.

To see more photos from the ACD, ICD, and ADA 10 under 10 ceremonies, visit our Flickr page.