Shari’a Politics: Islamic Law and Society in the Modern World

The Institute on Culture, Religion, and World Affairs looks forward to the release of its new book, Shari’a Politics: Islamic Law and Society in the Modern World. This greatly welcomed work is a collection of leading experts’ reflections on the implementation of shari’a in Muslim-majority societies. 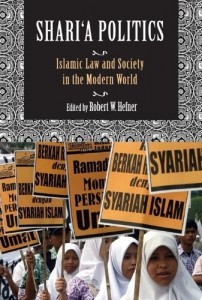 One of the most important developments in Muslim politics in recent years has been the spread of movements calling for the implementation of shari`a or Islamic law. Shari`a Politics maps the ideals and organization of these movements and examines their implications for the future of democracy, citizen rights, and gender relations in the Muslim world. These studies of eight Muslim-majority societies, and state-of-the-field reflections by leading experts, provide the first comparative investigation of movements for and against implementation of shari`a. These essays reveal that the Muslim public’s interest in shari`a does not spring from an unchanging devotion to received religious tradition, but from an effort to respond to the central political and ethical questions of the day.

After the Exodus: Political Theology in South Sudan