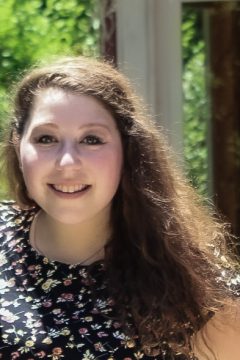 Madeline received a Bachelor of Science in Neuroscience and Behavior with minors in Biostatistics and Nutrition from Simmons College in Boston, Massachusetts in 2018. She joined the CTE Center in December 2015 as an undergraduate research intern and completed her senior honors thesis with Dr. Alosco and Dr. Stern looking at executive function and white matter signal abnormalities in a sample of former NFL players. She became a full-time research assistant and brain donation coordinator in June of 2018 and concurrently received her Master’s in Criminal Justice from Boston University in 2021. She plans to pursue her Ph.D. in clinical psychology in the future.

Madeline is interested in the long-term clinical and neuropathological effects of repetitive head trauma in female athletes, in athletes that frequently spin or become inverted such as gymnasts, and in victims of domestic violence. Additionally, she is interested in the intersection of neuroscience and criminology, including the effects of head trauma on law enforcement and incarcerated individuals.