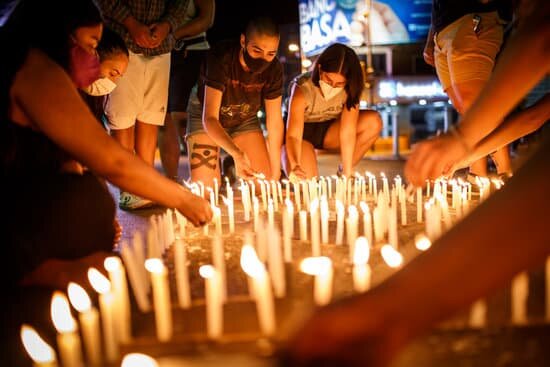 For this article, Dr. Shelly Rambo joined CPT Today Editor, Amy McLaughlin-Sheasby for a conversation about the new grant-funded Trauma Response Program for Congregations. For congregational leaders who are interested in applying to participate in this program, please find application information at the bottom of this article, or visit the program website: https://www.traumaresponsivecongregations.org/

Amy: We introduced the Trauma Response Program for Congregations earlier this summer when we released our annual CPT Newsletter, but for those who are not familiar, could you describe the project?

Shelly: Well, it is still evolving. I’ve been working on this other grant, thinking about chaplaincy education, and it became clear that the skill set of chaplains—the crisis care, immediate care, the work and pace—this skill set is going to be required of all congregational leaders. Congregational care and chaplaincy care are often separated, due to different settings and vocational tracks of faith leaders. But I became aware that a lot of the wisdom and skills that chaplains were engaging on a daily basis could be helpful to congregational leaders. Congregations are facing trauma, but they often have very little training on how to engage trauma. So, my hope was to offer the best of the research that we are doing at Boston University. We have certain “sweet spots” in congregational studies and trauma studies, and commitments to thinking about the impact of trauma on Black and brown communities. How do you weave justice and care into thinking about how congregations can thrive? It made sense to bring some of the research that we were already doing at BU, and things that are just so central to who we are, to thinking about how we can support congregations.

Lily Endowment launched a new initiative to explore what enables congregations to thrive. The language of thriving is often associated with resilience in trauma research circles. What are the ingredients to thriving? It was obvious to me that thriving is possible, only if trauma is attended to or responded to. So that is how I would describe the birth of the grant.

Amy: How will the project take shape? What is your plan?

Shelly: Our focus is on three cities. We wanted to think specifically about urban congregations, and to learn more about what congregations are already doing. So, one of the distinctive things about the grant, I think, is that we are not putting forward a trauma-informed model that we want participating congregations to implement. Instead, it is much more inductive—a form of accompaniment—to say we’re interested in how congregations in San Diego, Atlanta, and Boston are already responding to trauma. We are not assuming that they’re not responding; they just may not use the language of trauma to describe what they are doing. There is so much information about trauma available. But the challenge is that it does not readily translate into the home language of most congregations—the language of faith. We can help with that, since many of us on the leadership team have been moving between the therapeutic and theological worlds with careful attention to how trauma can be addressed from within faith communities. We do know there is need. COVID added to the already existing stressors. So, urban congregations are already responding to a lot. Our question was, can we accompany them? Can we provide support through mutual learning and mentoring?

Amy: Does that support include financial assistance for the program?

Shelly: Yes. An important piece of the grant is to provide them some funding to do something very congregationally specific. So, they’ll have a cohort of other congregations who are reflecting and thinking about what they’re facing. There’ll be some learning modules and then there will be a pilot project phase, which will be very specific to their congregation.

Shelly: We’re launching a call for proposals in August. We are asking congregations to participate in this program in which there will be an aspect of learning together. There will be some informational pieces from leading people in the field of trauma and moral injury—some of that will be asynchronous, made possible by all the technology that we now have. There will be a learning process together, which will largely take place in the fall. We hope congregations will apply. Applications are due September 30. Those who are accepted will join two other congregations in their city, nine in total. So, even though the project has not officially started yet, we have developed a model for this project that is very collaborative, which is super exciting already.

We have selected an advisory team of educators and leaders from the different cities. We’ve chosen people who are spiritual care educators, theological educators who are attentive to issues of trauma, trauma-response, and trauma care. So, the work of this summer has been to compile this really amazing team. We were initially calling them educators because we thought, “Oh, this is our educational team that’s going to help the congregations,” but we’re really interested in mutuality, and the various kinds of conversations hat can emerge in such a model. Often, the danger in grants is that we have a research project we are going to carry out with certain desired outcomes, and assumptions. We have some learning opportunities that we want to gather these congregations around, but we don’t know how they will respond. So, the mutuality involves being open to letting whatever is really going on in their settings loop back in to correct, modify, expand some of the things that we’ve been doing in the classroom. Our plan is to have a cohort of four advisors in each city; Bryan Stone and I will be two of those advisors, and then we would add two from each city, so that the cities have specific people that are still there after the grant ends. We want there to be available resources once the project ends.

We don’t know what shape this project will ultimately take. So that opens the project up to a lot of creativity. We don’t even know what resources people are going to need, yet. So we’re going to hear from them—what is it you have? What are the strengths and the resources you have, and what don’t you have? And could we respond to the gaps, the needs that we discover along the way, by providing some of resources? I think people don’t have a lot of time to go looking for all sorts of resources. In a sense, the work of academics is curating the information. It’s not telling people what they need! It’s saying, “Oh have you thought about this? There’s this really cool thing happening in another part of the country.” There is a connectional component here—the ability to facilitate connectional learning in that sense that there’s a lot going on, but people tend to be unaware of what’s beyond their immediate orbit. The people on these advisory teams are aware of a broader conversation with various connections–what’s happening in congregational studies, trauma studies—and will be able to share those conversations with congregational leaders. Of course, none of this has happened yet! We’re just imagining how it could turn out. But it is very exciting.

Amy: What kinds of things have you all been doing as a team to prepare for this project?

Shelly: We’ve had to slow down to cultivate the relationship with the advisory team. We have had some really important conversations around how we can support and draw in Spanish speaking congregations. That requires a whole lot of thinking about hospitality in terms of language provision and support. So, we are finding that even the setup of the project requires a kind of trauma awareness—a type of awareness that is required before we can move into talking about trauma with people, which involves gaining sensitivities around the topic, itself. So we’ve had to slow down, which I think is very important for where the congregations are right now. So hopefully by slowing down the process, we have made it more amenable to the congregational schedule.

Amy: Even though you are still in these beginning stages, what do you think might be the fruit of this labor? What do you think happens when churches grow in their capacity to respond well to trauma?

Shelly: I love that question. My hope is that we will no longer fear things coming to light—the things that are operative, but not visible. My hope is that congregations will not shy away from those difficult things but will feel strong in their ability to respond. I hope that these congregations will gain new awareness of how much people are carrying, and to develop, perhaps, countercultural responses. Trauma slows you down, and it is difficult work that not very many people want to tend to, or are equipped to tend to. So I think there is a prophetic dimension to doing trauma care, which is that you will enter into some of that uncertainty with people and guide them into a deep spirituality. I think that there is such a hunger right now for that spiritual accompaniment in the midst of all the things people are carrying. Churches ought to be able to step into that work. I think that congregations have always done work like this, but we are hoping to bring congregations into deeper awareness, deeper attention. I want these congregations to say we’re at our best when we are really bringing these difficult things to light—to give people the sense that it’s not too much to carry. There is a collective carrying that can take place. That is my hope.

Eligibility: Applicants’ congregations must be primarily located within the Atlanta, Boston, or San Diego Metropolitan Statistical Areas. Three congregations will be selected from each city, for a total of nine congregations. Each congregation applying must include a team of 3 individuals, one of whom must be in a significant leadership position (e.g., pastor, imam, etc.) and capable of eliciting congregational participation.