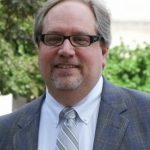 We are grateful to Center for Practical Theology Co-Director Bryan Stone, Associate Dean for Academic Affairs and E. Stanley Jones Professor of Evangelism, for taking the time to share insights from his recently published Finding Faith Today. Finding Faith Today presents the findings of a multi-year study on how people come to faith in the US context. The book sheds new light on how people come to faith and what sort of spiritual, practical, and social changes accompany this process. 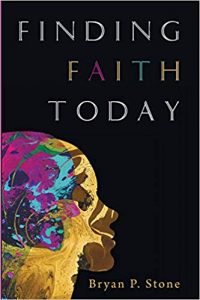 What were some significant findings of Finding Faith Today?

One of the most significant findings was that most individuals who become Christian, whether Catholic, Evangelical, or Mainline Protestant, do so through a process of journeying. For most people, becoming a Christian doesn’t happen overnight, but it is, rather, a gradual process. Another major and related finding was the important role that congregations play in accompanying or companioning people through the process of becoming Christian. Our findings challenge the assumption that persons come to faith privately or on their own. Most people come to faith through participation in a community and through human relationships. Faith is communal and, in many cases, ecclesiological. This community might be in

the form of small groups, Bible studies, corporate worship, mission trips, or service groups, for example, but there is a powerful communal aspect of coming to faith through belonging to a community that is important across the diversity of religious traditions. Another finding was related to social issues. When it comes to finding faith and changing one’s mind on social issues, we found that people’s views are not fundamentally changed when they come to faith. Faith tends to confirm what they already believe, or, as is often the case, persons are attracted to and find a home in communities where they find likeminded persons. That is not to say there is not some powerful change in stances on social issues, and our study identifies where those changes are most significant.

What were some similarities and differences between the findings of your study and the study in England 30 years ago, on which your study is modeled?

In both studies, relationships are very important. Another similar finding is that many persons who make a new faith commitment, including most Roman Catholic and Mainline Protestant new Christians, and a good number of Evangelicals, have always understood themselves to be Christian. Thus when some people come to faith, there may not be a dramatic change of religious identity. And when evangelizing or reaching out to persons not in the church, we should not assume that they don’t already think of themselves as Christian in some sense. This was slightly less true for Evangelicals, who tend to understand there to be a more marked change in identity. But it is truer for Evangelicals in the U.S. context than it was in the U.K. study. There is a strong nominal Evangelicalism in the U.S., especially in the Bible belt.

As noted above, one of our findings was the significance of the congregation. The congregation was one of the top three factors identified in coming to faith in our study. For some traditions, such as Unitarian Universalists or Mainline Protestants, it is the factor with the most significance. The U.K. study did not even include the congregation in its list of survey choices (though persons could write it in, I suppose). The congregation’s importance does show up in various ways in the U.K. study, with reference to other factors such as “minister” or “church activities,” but we were very impressed with how many persons in our study identified the congregation as either the most important or a supporting factor in their coming to faith.

The gradualism that is noted in my study is also different from the U.K. study. One contributing factor could be the age of participants. The participants in the U.K. study were age 16 and older, and my study only included adults over 18. We know that younger persons are more likely than older persons to come to faith suddenly. That doesn’t mean that younger persons are more likely to see coming to faith as instantaneous rather than a journey. It just means they do so more than older persons. Another interesting difference is that in the U.K. study, friendship was cited frequently as a factor in a person coming to faith, but friendship was not identified as a strong factor in my results. People just didn’t use that term as much in our study, though clearly friends were quite important in their coming to faith.

How do you hope the work will be engaged?

This study speaks to the powerful impact of relationships and journeying in coming to faith, which is important for churches to understand. Belonging is an aspect of coming to faith; it is not what happens after people come to faith. Also, people are interested in seeking faith and community. They are drawn in and invited by others, to be sure. But most people who come to faith understand themselves to have been active seekers. Also, we also can’t assume that people don’t think of themselves as Christian or as persons without faith just because they don’t go to church.