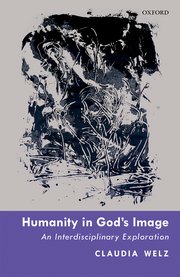 Dr. Stephanie Arel (STH Practical Theology ’14), an Andrew W. Mellon Postdoctoral Fellow at the National September 11 Memorial and Museum, recently curated a Syndicate Network Symposium engaging Humanity in God’s Image: An Interdisciplinary Exploration by Claudia Welz. Arel introduced Welz’s work, highlighting Welz’s approach to dignity. Arel writes,”In Humanity in God’s Image: An Interdisciplinary Exploration, Claudia Welz interprets the theological notion of the imago Dei. She does this with innovation and grace, leading the reader through a multidimensional interpretation of what it means to be made in God’s image. Designed in a four-part sequence, Welz’s book questions not only how the state of being a reflection of God affects humanity but also how this reflection influences the perception of God.” Respondents include:

We invite you to view the full conversation on Syndicate.