At the culmination of a week in early February where the Iowa Democratic caucuses confused the whole country and left news outlets unable to declare a winner, comedian Samantha Bee ran a segment on her TBS comedy news show <cite>Full Frontal</cite> dedicated to one reporter who seemed to have worked harder than anyone else.

“Guys, Steve Kornacki is breaking before our eyes,” Bee said, after running a highlight reel of the NBC News and MSNBC political correspondent furiously reeling off results and trying to sort out statistical discrepancies with his off-air producers, all the while staying good-natured, if at times out of breath. Her audience roared. In the days following Iowa, Kornacki (’01) worked overtime to make sense of the results.

Kornacki’s fans (319,000 on Twitter, and counting) love it when he geeks out on air; they have compared him to Will, the math genius in Good Will Hunting, who scribbles numbers on a chalkboard to solve a baffling equation. Standing 6-foot-1, with glasses and his signature rolled-up Oxford shirtsleeves, Kornacki grows increasingly animated as a broadcast rolls on. He is perhaps most in his element when he controls MSNBC’s “big board,” a touch-screen, interactive map of the United States. With a swipe of his finger, he can call up stats on candidates, census data, previous races and incoming election results. With 2020 promising to be one of the most contentious election seasons in recent memory, Kornacki has a busy year ahead.

Numbers have always helped Kornacki make sense of things. The Groton, Mass., native remembers running downstairs in the morning as a kid to grab the Boston Globe so he could read the box score from the Celtics game the night before. “This is how my mind understands things—if you can put a number on it,” he says.

He studied film and television, but although he finished his coursework and graduated, he never received his BU diploma because of unpaid dining fees of $25. “I’m still holding a grudge,” he says with a laugh. After graduation, unsure of what he wanted to do for work, he hopped in a car with friends who were on their way to Los Angeles to find work. He planned to use his love of numbers to win big on a game show. “It was much harder than I thought it would be,” he says, although he had some tryouts, on shows like Win Ben Stein’s Money and The Weakest Link. “I failed miserably.”

Needing money, Kornacki came back to the East Coast and took a reporting job at PoliticsNJ.com. From there, he moved to jobs at Roll Call, the New York Observer and Salon. Eventually he became a recurring guest on cable news. By 2011, he was a regular on The Rachel Maddow Show and The Last Word with Lawrence O’Donnell. That same year, he came out as gay in an essay in Salon, where he had previously been politics editor. “I can’t even explain why I kept this part of myself private for so long,” he wrote about his decision to announce the news at age 34. “But whenever I would contemplate a change, I would think back to my youth, and the fathers, teachers and coaches who had been my adult role models, all of them old-fashioned family men. How could I possibly be so different?”

Those guest appearances paid off in 2012 when he became a cohost of the MSNBC panel show The Cycle. The following year, he led Up with Steve Kornacki, the network’s morning news show. In 2014, he used his New Jersey political contacts to help expose the story of Chris Christie, then the state’s governor, directing the closure of lanes on the George Washington Bridge in order to create traffic jams on the New Jersey side. You may know it as Bridgegate. On MSNBC, Kornacki interviewed the mayor of Hoboken, Dawn Zimmer, who alleged that Christie was refusing millions of dollars of aid to her city after Superstorm Sandy unless she pushed for approval—and delivered tax breaks—on a project belonging to a wealthy real estate developer. The Christie campaign responded with a statement describing MSNBC as a “partisan network that has been openly hostile to Governor Christie and almost gleeful in their efforts attacking him.”

Kornacki first emerged as a network star during the 2016 presidential election. Since then, he has earned a following for the way he makes the nitty-gritty details of the electoral process fun to watch. When voting results begin rolling in, that energy and passion that Bee poked fun at are evident. He also provides viewers with historical insights by comparing what’s happening today to similar events in previous elections. On February 7, only days before the New Hampshire primary, he tweeted that a recent tracking poll reminded him of 1984: “[Pete] Buttigieg as Gary Hart, coming from Iowa with a head of steam; [Joe] Biden as John Glenn, the heavyweight moving quickly in the wrong direction off a bad Iowa showing; and [Bernie] Sanders as [Walter] Mondale, hoping to hang on at the top.” That historical perspective also came in useful when he hosted the MSNBC podcast Article II during President Trump’s impeachment trial.

Kornacki sees lessons in history that can help us understand the present and also the possibilities for the future. “One thing that has really struck me, from my years of doing this, is how quickly things get forgotten,” he says. “In the Trump era, something that happened this morning is already forgotten. When I look back at something that happened in the 2016 campaign, or 2008, I realize even people who are in the stuff every day just forget a ton of it.”

Betsy Korona, MSNBC and NBC News Now executive director of news, says it’s impressive to watch Kornacki’s brain work. “His energy is infectious, and his passion for politics and his enthusiasm and his depth of knowledge and ability to take moments in time and draw parallels is unmatched,” she says. “In Iowa, the whole world was waiting for those results, and you turn to Steve, even when we didn’t have as much as we wanted, and he was able to digest and make it understandable to the viewers at home.”

Kornacki’s interest in political history inspired his 2018 book The Red and the Blue: The 1990s and the Birth of Political Tribalism, which draws parallels between the elections of Bill Clinton and Newt Gingrich. Their victories (for Clinton, the presidency, for Gingrich, speaker of the US House of Representatives) set the stage for a nation that is now divided into sects deeply entrenched in their red or blue identities, Kornacki says.

“Thanks to Kornacki’s rich retelling of these events, we can see how today’s reshuffled political parties represent coalitions that began to form in reaction to the compromises their respective leaders forged in the 1990s,” said the Washington Post review. “Donald Trump’s GOP still feeds off the anger Gingrich first aroused against 1990’s broken ‘no new taxes’ promise. For their part, the Democrats increasingly lean left…. Power in the party is flowing to figures who have either turned against free trade and welfare work requirements or, like Bernie Sanders, never agreed with them in the first place.”

Kornacki actually traces this political tribalism back even earlier than the 1990s, attributing it to the way the media expanded and gradually became niche-based after World War II. “No matter where you are in the country right now, everybody can take out their phone and follow along with what the president tweeted or whatever the latest headline is that everyone in Washington is talking about,” he says. “The way our media has evolved, they can find their side’s interpretation of it right away. So we are kind of tribalized in that sense.”

Everybody can take out their phone and follow along with what the president tweeted or whatever the latest headline is that everyone in Washington is talking about. The way our media has evolved, they can find their side’s interpretation of it right away. So we are kind of tribalized in that sense.

<p>Bruce Schulman, BU’s William E. Huntington Professor of History, taught <cite>The Red and the Blue</cite> last year in his Media and Politics in Modern America class. He discussed with his students how the country’s politics have shifted over the years. Whereas politicians used to communicate with voters through their local party organizations, now voters look elsewhere (i.e., the news) to learn about a candidate. “What are the implications of that shift? That’s what <cite>The Red and the Blue</cite> is really about,” says Schulman, who taught Kornacki as an undergrad and invited him back to speak to the class. “The stories of the last 25 years of American national politics that Kornacki tells us are really relevant in the issues we cover today.” </p>

Kornacki had an easier go of it in the voting days that followed Iowa. On the day of the New Hampshire primary, he still tallied up the returns on the big board, but the results flowed in smoothly. The morning after, he even took a break from politics to appear on <em>Today</em> to analyze another major contest: the Westminster Dog Show.

Iowa was unique, yet Kornacki expresses concern that the reporting of votes is taking much longer in some states than it used to. “Significant delays in reporting results, it seems, feed doubts among voters about the fairness and integrity of the process, even when there is nothing sinister going on,” he says. As this election season rolls on, he predicts there will be more surprises. “It’s indicative of the era, in the sense that we keep encountering situations where people say, ‘I’ve never seen something like this before,’” he says. “But in terms of the mechanics, I do wonder if it’s a sign of things to come.”

In other words, Kornacki needs to stay on his toes. “You never know where exactly the story will emerge,” he says. “It could be anywhere, so you have to be ready for everything.” 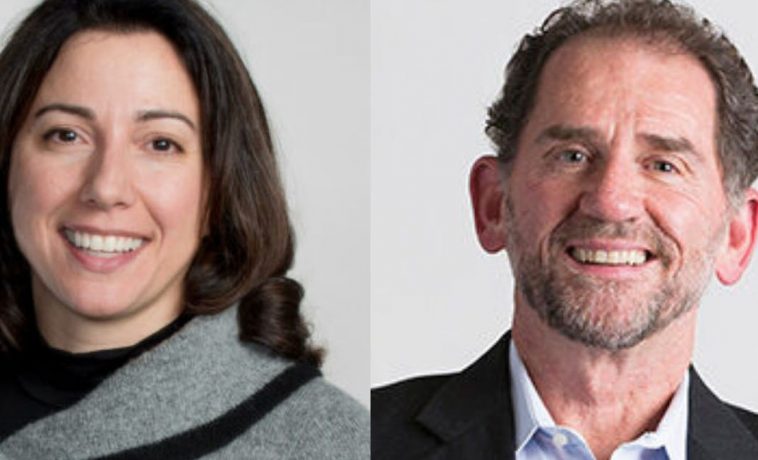 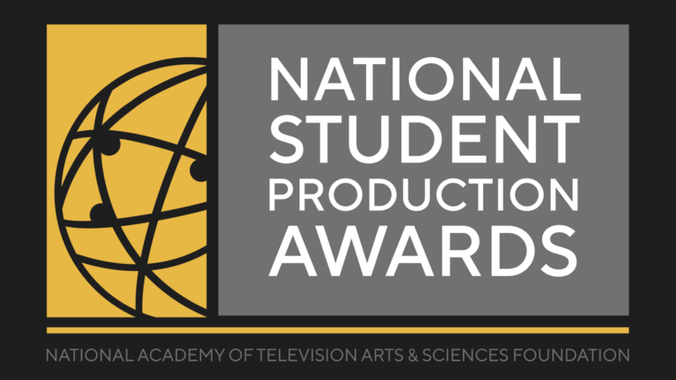 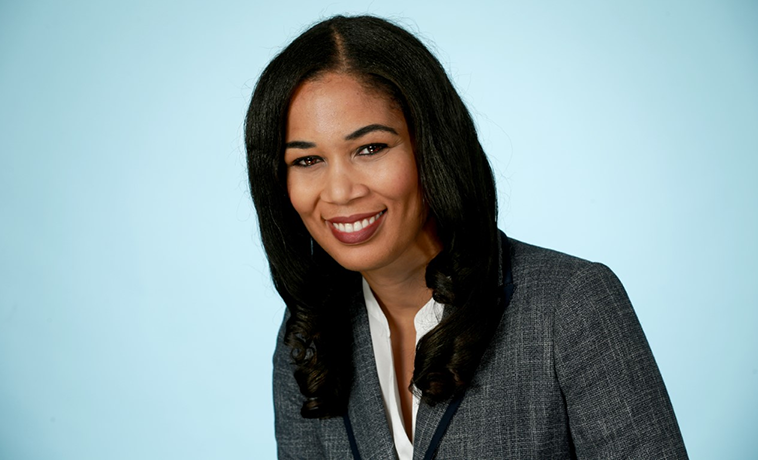