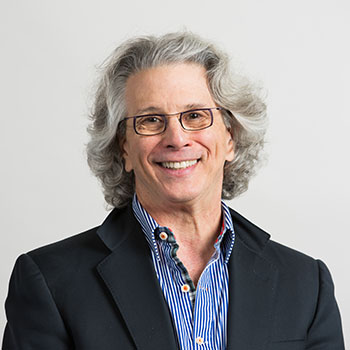 Red Bull got a guy to jump out of a balloon 24 miles above the Earth, and millions streamed it on YouTube. Century 21 made a splash by listing fictional television drug kingpin Walter White’s house on Craigslist. And people all over the world dumped buckets of ice water on their heads to raise money for ALS research simply because they saw other Facebook users do it.

As these examples demonstrate, YouTube, Facebook, Twitter, Instagram, and the mobile web have transformed the advertising world. The best ads these days are often not ads at all in the traditional sense, says Edward Boches, an advertising professor and former chief creative officer at the top-tier Mullen ad agency, in Boston. The skydiver didn’t hold up a Red Bull when he landed, Century 21 didn’t buy an ad on the Breaking Bad finale, and the Ice Bucket Challenge depended on people wanting to imitate what they’d seen online.

Boches uses these and numerous other examples of this new kind of ad in the fifth edition of the creative advertising bible Hey, Whipple, Squeeze This: The Classic Guide to Creating Great Ads (John Wiley & Sons, Inc., 2016). Written by Luke Sullivan and first published in 1998, it’s considered one of the best advertising books of all time. The title is a reference (for those too young to remember) to one of the most ubiquitous, and lampooned, TV ads of yesteryear, where a shopkeeper named Mr. Whipple scolds customers for squeezing Charmin bathroom tissue, even though he cannot resist doing the same.

“The stuff that’s getting made is no longer print-centric or traditional TV- and video-centric,” he says. “They are concepts that are trans-media storytelling or are using mobile- or user-generated content.”

A COM professor since 2012, Boches still dresses the part of a successful “creative”: black wardrobe, long gray hair, stylish red glasses. He notes with a smile that his second floor COM office, with its view of the Center for Integrated Life Sciences & Engineering construction site, is a little less lavish than his former digs at Mullen. His best-known campaigns there included work for Google, Monster.com, Timberland, and General Motors. During his 30-plus years at the agency, Boches became known as one of the industry’s early adopters of new media like Twitter and a staunch advocate of the idea that a new way of doing things was necessary to keep up with the changing media landscape. One of his last coups for Mullen was creating the Brand Bowl for real-time social media measurement of response to Super Bowl ads. The last position he held at the agency was chief innovation officer.

The Future of the Communications Industry