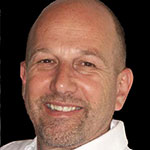 Eran Ben-Joseph is a Professor and Head of the Department of Urban Studies and Planning at the Massachusetts Institute of Technology.

His research and teaching areas include urban and physical design, standards and regulations, sustainable site planning technologies and urban retrofitting. He authored and co-authored the books: Streets and the Shaping of Towns and Cities, Regulating Place: Standards and the Shaping of Urban America, The Code of the City, RENEW Town and ReThinking a Lot. Eran worked as a city planner, urban designer and landscape architect in Europe, Asia, the Middle East and the United States on projects including new towns and residential developments, streetscapes, stream restorations, and parks and recreation planning. He has led national and international multi-disciplinary projects in Singapore, Barcelona, Santiago, Tokyo and Washington DC among other places.