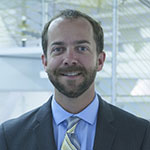 Brian Swett currently serves as Director, Cities and Sustainable Real Estate at Arup. In this role, Brian is spearheading the work of Arup in the Americas to integrate its advisory services in strategy development, planning, finance, operations and economics with its key strengths in design, engineering and implementation services, delivered in the city context.

Prior to joining Arup, Brian served as Chief of Environment, Energy and Open Space for the City of Boston. Encompassing more than 400 employees and a $40 million annual budget, Brian led a variety of major policy and program initiatives; launched Greenovate Boston and Climate Ready Boston; and led the update to the City’s Climate Action Plan, released in January 2015. Under his leadership, Boston was recognized by the American Council for an Energy-Efficient Economy (ACEEE) as the #1 city in the country for energy efficiency policies and programs in their 2013 and 2015 biennial rankings.