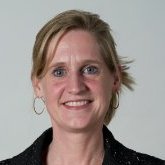 As CEO of Houston Land Bank, Anne is stewarding the reformed quasi-public agency responsible for acquiring and maintaining vacant, abandoned, and blighted properties in the City of Houston, and returning them to productive, economic, and community development purposes. As the former Director of Transformative Development for MassDevelopment, Anne led a new planning and finance-integrated redevelopment initiative to spur accelerated economic development in the Gateway Cities of Massachusetts.  Anne was also an adjunct faculty member, instructing UA 664, Planning and the Development Process.  Previously, as CEO of the Economic Development Corporation of New Haven, she oversaw planning, business development and innovation economy incubation efforts for the public-private partnership between the City and Yale University.  In New York City, Anne worked for the Deputy Mayor for Economic Development for the Bloomberg Administration advising on priority capital projects such as the World Trade Center redevelopment, Penn Station planning, and the design and implementation of a large workforce housing redevelopment of Hunters Point South in Queen.

Prior to the public sector, she practiced for 15 years as an architect at Cesar Pelli & Associates and IM Pei & Partners. During her professional practice, she co-founded CitySeed, a New Haven based farmers market management and policy non-profit, and was a founding member of MakeHaven makerspace.  Anne holds architecture degrees from the University of Virginia and Yale, and she was a 2013 Sloan Fellow in Innovation and Global Leadership completing a thesis exploring the potential for networking smaller city innovation economies titled “Connective Development: Recognizing the Networked City in Forming Progressive Urban Development Strategies”.