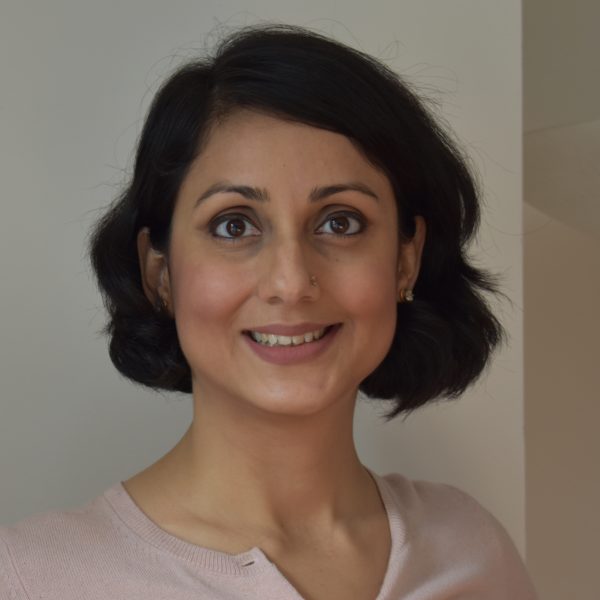 Dr. Neha Gondal is an assistant professor in the sociology and computing and data sciences departments at Boston University. Her primary research interests lie in exploring the relationship between social networks and culture and its role in the production and maintenance of social inequalities. Professor Gondal employs cutting edge statistical techniques for modeling social networks including varieties of exponential random graph models (ERGM) and agent-based modeling (ABM) to study diverse contexts such as elite consolidation through money-lending ties in Renaissance Florence, inequalities in academic communities evident in citation and hiring networks, and the clustering of unhealthy outcomes in Boston’s public housing developments. Recently, Professor Gondal’s work has been funded by the National Institute of Health and published in prominent academic journals including Social Forces and Social Networks.

As a social scientist, I know that professions tend to continue within families. Nevertheless, it’s somewhat funny how closely I tracked my parents’ fields despite spending my teen years avoiding their professional paths! Both my parents spent their careers as professors – in English Literature and Medicine – and I tried my best to be as different as possible. I succeeded in my rebellion, I guess, by choosing sociology, instead! More seriously, I have undergraduate and master’s degrees in economics, but I lost interest in the field thereafter. I chose sociology on a whim (having never taken a class in sociology prior to enrolling in a PhD program in the field) and it just clicked. I ended up taking a class in social network analysis because it fit my schedule, and I found my niche.

In my research, I investigate how social networks and culture are implicated in the production and maintenance of inequalities. I see social networks as emerging from two types of processes: (1) cultural heuristics such as identity, cognition, or meanings, and (2) stratifying tendencies such as a desire to connect to popular actors or to maintain exclusivity in interactions. In my research, I find these two types of mechanisms are often intertwined, and, in concert, they lead to the consolidation of status hierarchies. I apply this framework to study various contexts including racial diversity management in firms and higher educational contexts, networks in Renaissance Florence, citation and exchange networks in scientific communities, and clustering of unhealthy outcomes in public housing developments.

Can you tell us about a recent research project that you’re excited about?

I recently collaborated on a project, which, I believe, truly reflects the community spirit of CISS. The paper is co-authored with two graduate students at BU – one in the School of Social Work and the other in Engineering – and an undergraduate student at Lesley University. In this paper, my collaborators and I use machine learning and quantitative network modeling to analyze statements issued by 356 higher education institutions in the United States in the aftermath of George Floyd’s murder. Our analysis reveals considerable variability in the discourse deployed by colleges and universities including (1) rhetoric focused on diversity, equity, and inclusiveness (2) humanist responses that suppress any mention of race, and (3) the emergence of a new focus on themes associated with critical race theory. We find the discourse to be fragmented along expected lines – religiously affiliated schools and those located in Republican-voting states attend more to diversity and humanist themes, while elite schools, those in Democrat-voting states, and with high percentages of Black students are more focused on systemic racism. Overall, we find two striking rhetorical shifts on race discourse in colleges and universities in the aftermath of George Floyd’s murder: (1) from a colorblind ideology to discussing the systemic nature of racism in the United States, and (2) from acknowledging perpetrators but not the broader context of racism in on-campus incidents to acknowledging diffuse racism manifest in society but refraining from explicitly naming any perpetrators.

What is the best piece of professional advice you ever received?

“Nearly every paper has a publication home!” I received this sage piece of advice from none other than the Center’s Director, Prof. Deborah Carr, when I was in graduate school [at Rutgers University]. Also, “write a little every single day.”

What is your favorite course you’ve taught at BU?

On the other end of the spectrum, I also teach ‘Introduction to Sociology’ regularly. I really enjoy teaching this course because I get to introduce younger students to the field and help them develop, what C. Wright Mills called the ‘sociological imagination’ – the idea that what appears to be a personal issue can often be understood by situating the outcome in the broader social context or that social phenomena can only be understood by analyzing data and patterns.

Tell us a surprising fact about yourself.

I did amateur theater in high school and college. I have hopes of getting back to it someday, though I think I have much more stage fright than I did back then!