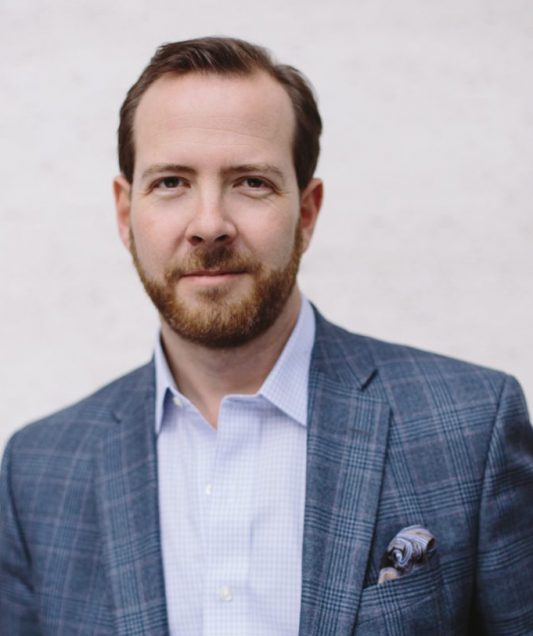 Dr. Scott Allen Jarrett is the Director of Music at Marsh Chapel, overseeing all musical activities of the University Chapel, including three choruses, an orchestra, an ensemble-in-residence, a professional staff of singers and instrumentalists, all contributing to comprehensive and diverse musical programming throughout the year. The Chapel’s weekly Sunday service is broadcast live on WBUR, 90.9FM reaching an estimated weekly listenership of more than 50,000 through the region. Jarrett has served at Marsh Chapel since arriving at Boston University in 1997 for graduate work and was appointed Director of Music in 2004. In 2005, he established the Marsh Chapel Collegium to support the annual series of Bach cantata performances as well as regular orchestral features in the concert series. Designed as a pre-professional orchestra, the Collegium is led by BU alums and staffed by exceptionally talented music students, offering opportunity to learn a variety of musical styles in full preparation for entry to professional music-making. The music of Johann Sebastian Bach has been at the heart of musical life of the Chapel, and in 2007, Jarrett founded The Bach Experience, an expansion of regular cantata performances throughout the academic year, including coaching, lectures, and preaching in order to fully reveal the musical and theological genius of this extraordinary repertoire. In addition to regular performances of Bach’s Passions during Lent, Music at Marsh Chapel has performed more than fifty cantatas since the start of this series.

Jarrett has expanded the staff and capacity of Music at Marsh Chapel, adding positions for Choral Scholars, a Conducting Fellowship, student managers, ensembles-in-residence, and by the extension of the performing calendar beyond the academic year to a fully-staffed professional ensemble 52 Sundays a year. In addition to regional tours of the Northeast and Montreal, Jarrett led the Chapel Choir and Collegium on two performance tours of Bach’s B Minor Mass appearing on Trinity Wall Street’s Bach-at-One series and webcast. In 2011, Jarrett established the Living Composer Series at Marsh Chapel, affording a regular interaction with contemporary music and an eagerness to engage with and practice new music. This season includes performance and recording for commercial release of James Kallembach’s The Most Sacred Body, an extended cantata for chorus and string orchestra commissioned by Marsh Chapel. With expanded funding and development opportunities, Jarrett has overseen the creation of the Friends of Music at Marsh Chapel Fund, providing ongoing support and connection with alums and friends of Marsh’s extensive musical community.

In 2004, Jarrett was appointed the fifth Music Director of the Back Bay Chorale, and has led the Chorale through a remarkable period of artistic and organizational growth. During his tenure, the Chorale has programmed the complete large-scale choral/orchestral works of Bach, Beethoven, and Haydn with this season’s performances of the Mass in C and Die Schöpfung. Jarrett has fostered successful and enduring collaborations with regional musical partners including the Boston Landmarks Orchestra, Boston Youth Symphony Orchestra, and the New Bedford Symphony. Under his leadership, the Chorale has expanded contributed income more than threefold, paving the way for future artistic programs, collaborative projects, commissions, a renewed commitment to programming works with orchestra, and diverse outreach and education initiatives. The Back Bay Chorale’s premiere of Mohammed Fairouz’s Anything Can Happen and the recent commission of Julian Wachner’s Come my dark-eyed one are important new additions to the choral/orchestral repertoire. In 2012, Jarrett established BRIDGES, the Chorale’s community engagement program, and has since partnered with veterans’ homes, Jewish Family and Children’s Services, many regional Alzhiemer’s and dementia facilities, and, this year, performances at naturalization and citizenship ceremonies at Faneuil Hall.

In the fall of 2016, he was appointed Choral Artist-In-Residence at Shenandoah Conservatory in Winchester, VA with conducting responsibility for the Conservatory Choir. He travels weekly to northern Virginia, leading rehearsals and helping to build a vibrant culture of vocal and ensemble singing on campus and beyond. Jarrett is also Resident Conductor of the Handel and Haydn Society Chorus. With H+H, Jarrett regularly leads ensemble performances as part of the King’s Chapel recital series with particular focus on 17th century German and Italian works in addition to assisting music director Harry Christophers to build one the country’s best professional choruses. In demand for his expertise with the vocal works of J. S. Bach, Jarrett was named Director of the Vocal Fellows Program at the Oregon Bach Festival in 2016, following many summers at the Festival working with founder Helmuth Rilling and now with Artistic Director Matthew Halls.  Valued for his experience with large choruses and his skills with orchestral repertoire, Jarrett served eleven years as Director of Choruses and Assistant Conductor of the Charlotte Symphony (NC).

This season Jarrett leads performances of Brahms Nänie; Mendelssohn Die erste Walpurgisnacht; the Mass in C and Symphony No. 1 of Beethoven; Haydn Die Schöpfung; Handel Israel in Egypt and Jephtha; Bach cantatas, 7, 75, 10, 125, and 74; James Kallembach’s Most Sacred Body; the Howells Requiem; and a performance series with the Handel and Haydn Society of Monteverdi’s sacred works including the Selva Morale e Spirituale and the Vespers of 1610.

Jarrett is a regular collaborator at Trinity Wall Street (NYC), guest conducting in their Bach cantata series and their recent Britten celebration, serving as recording producer, and joining Music Director Julian Wachner in conducting Ives’s Fourth Symphony at Carnegie Hall. He sang the role of Jesus in Ginastera’s Turbae et Passionem Gregorianam at the same performance, marking his solo debut at Carnegie Hall. Jarrett leads performance of Handel’s Jephtha in March of 2017 as part of Trinity’s new survey of Handel oratorios.

Off the podium, Jarrett is active as a baritone and keyboard player. His recent recitals of Debussy and Fauré with tenor Nicholas Phan and the Collaborative Arts Institute of Chicago in September 2016 were met with critical acclaim. He can be heard as organist on Seraphic Fire’s recording of the Monteverdi Vespers and as pianist on their 2012 Grammy-nominated recording of the Brahms Requiem. Jarrett also conducted performances of Bach’s Mass in B Minor with Seraphic Fire, the first guest conductor in that organization’s fifteen-year history. He served as accompanist for Helmuth Rilling and the late Robert Shaw, and through his long-time collaborations with his mentor Ann Howard Jones, served eight summers on the conducting staff at the Boston University Tanglewood Institute. He is a baritone in the professional chorus of Boston’s Handel and Haydn Society and may be heard in the bass section of their recent recordings for the CORO label.