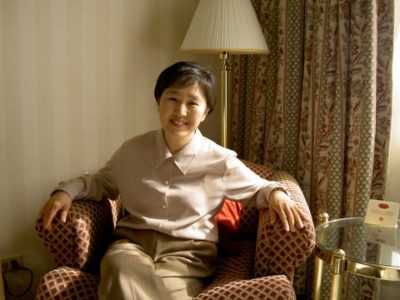 An ordained minister as well as a former missionary of the Korean Evangelical Holiness Church to Russia, she has endeavored to build Christian bridges between the U. S. and other parts of the world through launching short term missions to Indonesia, Bolivia, and Haiti, and inviting foreign missionaries to mission seminars and organizing world mission conferences at immigrant churches in Boston. Insights from her ministries and practices of mission have enriched her research interest in the intersection of Korean Christianity, Euro-American Christian movements, and the transnational evangelicalism from an interdisciplinary perspective.  Her research interests are extended as well to include ethnic studies, women’s studies, trans-Pacific Christian movements, Christian Youth Movements, Methodism, the Radical Holiness Movement, Pentecostalism, and world Christianity.  An important channel for academic exchanges between the East and the West, she believes, is a journal, World Christianity and the Fourfold Gospel, published by Seoul Theological University in partnership with scholars in the world. She was instrumental in launching the journal and has served as its managing editor.

While benefitting in full gratitude from the privilege of a Visiting Researcher at the Center of Global Christianity and Mission, Boston University, she is currently grappling with her ongoing research on the role of Christianity in the reconstruction of the Korean state during the post-colonial period and the research on the historical theology in Asian Christianity and its international relations during the colonial period. Another task for completion in labor is her book project on the YMCA and Yun Ch’i-ho in Colonial Korea intertwined with themes of cultural nationalism, modernization, and internationalism. The author of Korean national hymn, tainted by the ignominy of collaboration, Yun, juxtaposed with the international mission organization, poses a significant challenge of constructing a church history in the intersection of national history, mission history, and international politics.