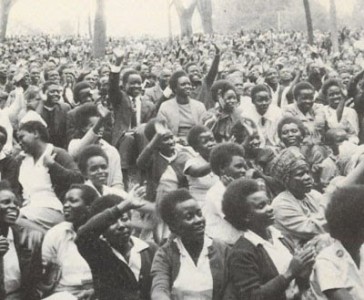 Kwame Bediako aptly noted that church history is primarily mission history—a history of conversion, of the constant seeking and application of the mind of Christ to the issues and questions within a particular context. Though often viewed in the past as a subtopic of church history, mission history is now regarded as an important discipline to understand the distinctively global character of Christianity, because it reveals the remarkable history of what has happened when the Christian message crossed social, cultural, and linguistic boundaries. In this regard, mission history is not merely about the story of missionary activities, but more importantly about the story of the Christian gospel challenging, correcting, and transforming the traditions of both sending and receiving societies.

The history of Christian mission provides a useful framework for grasping the meaning of Christianity as a multicultural global religion by demonstrating a unique characteristic of the Christian faith: that it is universally applicable and locally inclusive. It is important to note that Christianity was a global faith rooted in the Middle East, Asia, and North Africa even before it became a Western religion in the medieval period. From the very beginning, therefore, cultural diversity and theological plurality have become innate parts of the Christian church. With the emergence of World Christianity as a prominent field of study, scholars celebrate the rise of a positive polycentrism of Christianity in which many centers have their unique opportunity to contribute to and learn from one another.

Andrew Walls was one of the earliest historians to insightfully analyze the church’s transformation from Western Christendom to World Christianity; he understood Christian history from a global perspective as a history of the gospel’s complicated interaction with various local cultures and traditions. The Eurocentric version of the institutional history of Christianity is no longer capable of taking account of the trans-national and cross-cultural features of World Christianity. In the process of the transmission of Christian faith across cultural boundaries throughout history, the Christian gospel both shapes and is shaped by the cultures into which it penetrates. As a result of this cross-cultural diffusion, Christianity becomes a progressively richer entity.

The East African Revival in the 1930s and 1940s is a good example that illustrates the sophisticated relationship between mission history and World Christianity. Despite its notable influence on the early stage of the Revival, British Keswick theology alone would not be sufficient to explain this renewal movement in East Africa. Since African revivalists played the major role in conducting and expanding the movement throughout East Africa, the Revival was profoundly shaped by African theology and cosmology. For example, John Karanja pointed out that public confession of sin among the revivalists was intricately related to the African concept of guilt and shame (as seen in Kenya in the rite of symbolic vomiting by traditional healers to treat illnesses).

The genius of the Revival was its ability to create a synthesis of biblical teachings and indigenous cultural practices. The revivalists’ practice of confession can be understood as both biblically (i.e. Christian) and culturally (i.e. African) mandated. In this fashion, the revivalists appealed to a deep-seated African cultural mechanism for dealing with the new social orders and crises created by colonial rule. The revival movement in East Africa was neither a replica of the European Evangelical Revival nor a result of forced universalization by Western missionaries. Rather, it was a distinctively African renewal movement under indigenous initiatives based on African religiosity; they found out how to be both African and Christian without confusion or separation.