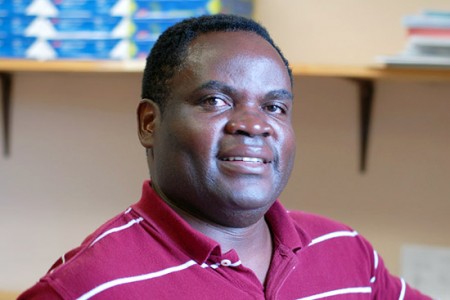 Five years ago on Palm Sunday, Fr. Vincent Machozi (’15) was shot to death as a result of his efforts to document, protest against, and end violence and exploitation of the people of North Kivu in the Democratic Republic of the Congo.

Fr. Machozi, who was born in the village of Vitungwe-Isale in North Kivu, was a member of the Augustinians of the Assumption. In order to gain control of valuable coltan mines, many different armed groups terrorized and exacted forced labor from the people living in this region, which borders Rwanda and Uganda. Fr. Machozi ran an important website, Beni Lubero, where he publicized the atrocities for all to see. After spending time in studies at the Boston University School of Theology, Machozi returned to the Congo, where he eventually was selected as president of the Nande community. As a result of his continued work for justice in the region, Fr. Machozi was murdered on March 20, 2016, in Katolu village.

A fuller story of Fr. Machozi’s life and struggle can be found in Bostonia magazine and at the Dictionary of African Christian Biography.