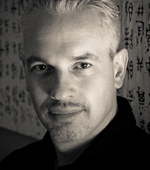 On April 20 at 10am (Central European Time), CGCM faculty associate Dr. Eugenio Menegon will deliver one of the Frankfurt Lectures on “Keys to Understanding Early Modern Christianities.” His topic, local religion in late imperial China, is one of several interesting themes explored by the lecturers, such as polycentricity in global Catholicism, tolerance in the Iberian Atlantic, and connected histories in Eastern Christianities.

Prof. Menegon’s presentation will examine the notion of “local religion.” As a specific academic concept in English, the expression found one of its earliest and most articulate expressions in William Christian’s 1981 book Local Religion in Sixteenth Century Spain. Christian’s work drew on his own sociological and anthropological research in the Iberian countryside during the late 1960s and early 1970s, but his thinking was also nourished by his reading of European scholarship. He found that it was often in the countryside that traditional religious ideas and practices from the medieval and early modern periods survived the longest. In Christian’s wake, scholars have increasingly focused their attention on the social and ritual life of Christian communities across the globe. What was true for post-war Spain also applies to modern China. This talk offers an assessment of recent work on Christianity as a “local religion” in late imperial China (1550-1850 ).

These online conferences, directed by Prof. Dr. Birgit Emich, are sponsored by the Early Modern Section of the Research Group Polycentricity and Plurality of Premodern Christianities (POLY). All of the lectures are free and are delivered at 10am, Central European Time.

Registration for the online-event at: pluralchristianities@em.uni-frankfurt.de