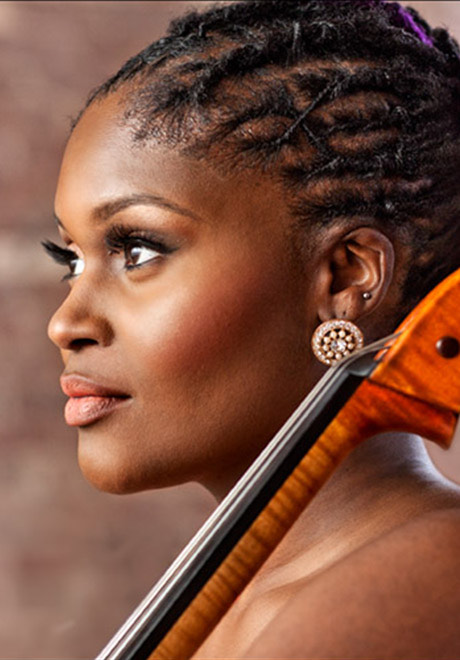 Patrice Jackson-Tilghman, who has carved a name for herself as a gifted and charismatic young soloist, has been described as a “big-toned, boldly projected soloist” (Detroit News) who “wowed the audience with effortless facility, playful phrasing and a sense of spontaneity that one hears usually only from the highest caliber of musicians” (Hartford Courant).

In 2002, Jackson was awarded first place in the Senior Laureate Division of the nationally renowned Sphinx Competition, and was the recipient of the Yale University Aldo Parisot Prize, awarded to a “gifted cellist who shows promise for a concert career.” Since then, she has performed with the Atlanta, Detroit, Dallas, New Jersey, Milwaukee, Omaha, Cincinnati, St. Louis, Grand Rapids, Nashville, Hartford, Chautauqua, Colorado and Mississippi symphonies, as well as the Philadelphia Orchestra. Jackson has performanced with the Ritz Chamber Players, Castle of Our Skins, and Boston Conservatory Chamber Orchestra, in addition to faculty recitals at Boston Conservatory.

Jackson received both a Bachelor of Music degree and Artist Diploma from the Juilliard School, and a Master of Music degree from the Yale School of Music. She has been a student of Janos Starker, Aldo Parisot, Joel Krosnick, and Bonnie Hampton. In addition to her classical credentials, Jackson has played behind some of the most iconic artists of our generation, including Alicia Keys, Kanye West, J-Cole, and Stevie Wonder. Professor Jackson will join the Boston University Tanglewood Institute Faculty in the summer of 2021. Ms. Jackson is an Associate Professor at the Boston Conservatory at Berklee College of Music and Berklee College of Music.