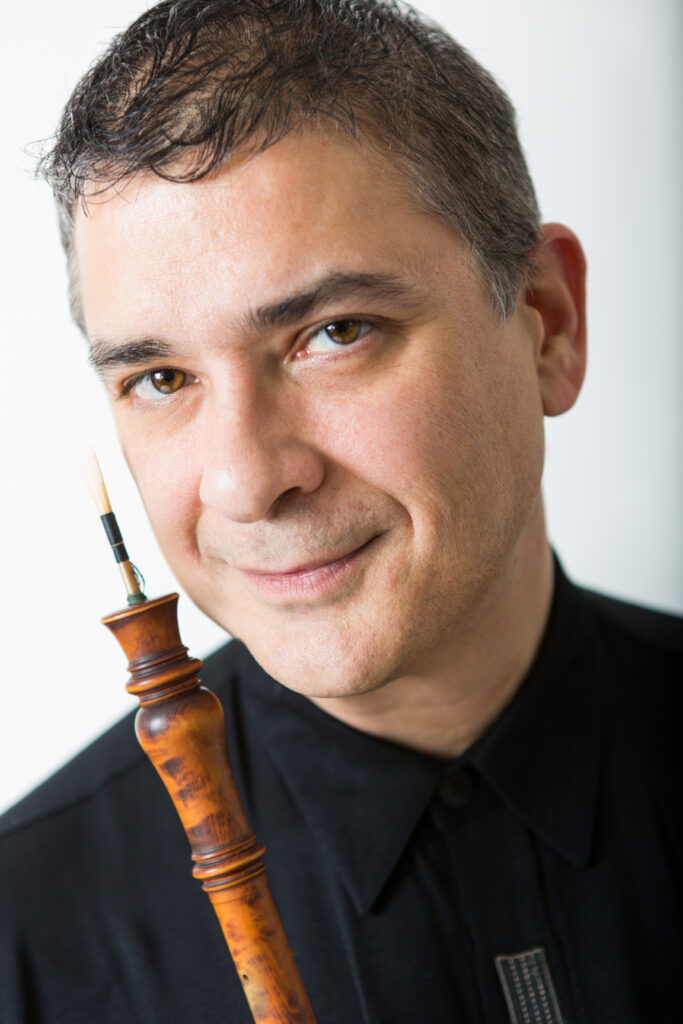 Gonzalo X. Ruiz is one of America’s most acclaimed historical instrument soloists. He is joined by the sublime continuo team of cellist Joanna Blendulf and harpsichordist Katherine Shao. The ensemble is named after Francois LaRiche, one of the first great oboists, and a Zelig-like character. He influenced the writing of Purcell, Handel, Telemann, Bach, and Vivaldi, and was a bit of a Johnny Appleseed for the oboe. LaRiche & Co. is committed to reviving and preserving the legacy of the oboe’s 18th Century Golden Age. The San Francisco Classical Voice raved about LaRiche’s debut: “…a spellbinding program. Though the members of LaRiche shone individually, it was their ensemble playing that made the afternoon truly remarkable”.

Gonzalo Xavier Ruiz has appeared both as principal oboist and concerto soloist with most of the leading period instrument groups in America and has performed widely in the U.S. and Europe under conductors such as Christopher Hogwood, Nicholas McGegan, Jordi Savall, Gustav Leonhardt, Reinhard Goebbel and Mark Minkowski. His playing is featured on numerous recordings of solo, chamber, and orchestral repertoire. Equally accomplished on the modern instrument, he has performed as principal oboist of the Buenos Aires Philharmonic, New Century Chamber Orchestra and the Pacific Chamber Symphony among others. Mr. Ruiz was a prizewinner at the Brugges Early Music Competition in Belgium and for many years has been professor of oboe at the Oberlin Conservatory’s Baroque Performance Institute. He has also taught at the Longy School in Cambridge and given master classes at Indiana University. An active chamber musician, he has made numerous reconstructions and arrangements, notably from the works of Bach and Rameau. Twice he’s been a featured recitalist at the annual convention of the International Double Reed Society. Mr. Ruiz is an acknowledged expert in historical reedmaking techniques, and over two dozen of his pieces are on permanent display at the Metropolitan Museum of Art. With his ensemble American Baroque Mr. Ruiz is also active in the field of contemporary music and was awarded the 2000 ASCAP Award for Adventurous Programming. Ruiz also performs with