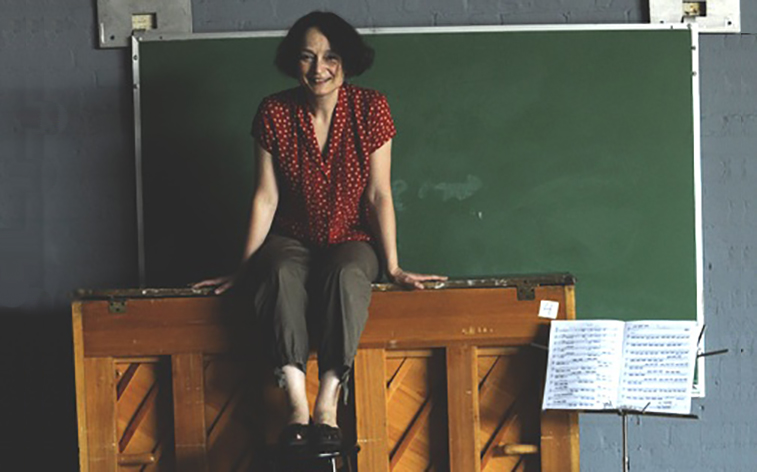 The U.S. Department of State and the J. William Fulbright Foreign Scholarship Board has announced that Ketty Nez has received a Fulbright U.S. Scholar Program award to Hungary in composition. Composer/pianist Ketty Nez, Associate Professor of Music, Composition and Music Theory at Boston University College of Fine Arts, will lecture at the Liszt Academy as part of a semester’s residency, working with musicians and continuing her research of Balkan folk music.

Recipients of Fulbright awards are selected on the basis of academic and professional achievement, as well as record of service and demonstrated leadership in their respective fields. Professor Nez is one of over 800 U.S. citizens who will teach, conduct research, and/or provide expertise abroad for the 2019-2020 academic year through the Fulbright U.S. Scholar Program.

Professor Nez joined the School of Music at Boston University College of Fine Arts in 2005. Her folk opera, The Fiddler and the Old Woman of Rumelia, was premiered April 2011 by Xanthos Ensemble, and staged by the Juventas Ensemble in May 2012. Her CD, Listen to a Wonder Never Heard Before!, was released in 2010 by Albany Records, and her piano concerto, thresholds, with the BU Wind Ensemble, in 2013 by Ravello Records. An Opera in Devolution: Drama in 540 Seconds, was premiered at the 2003 Seventh Festival A*Devantgarde in Munich. Ketty studied at IRCAM in 1998-9, after working in Amsterdam with Louis Andriessen.