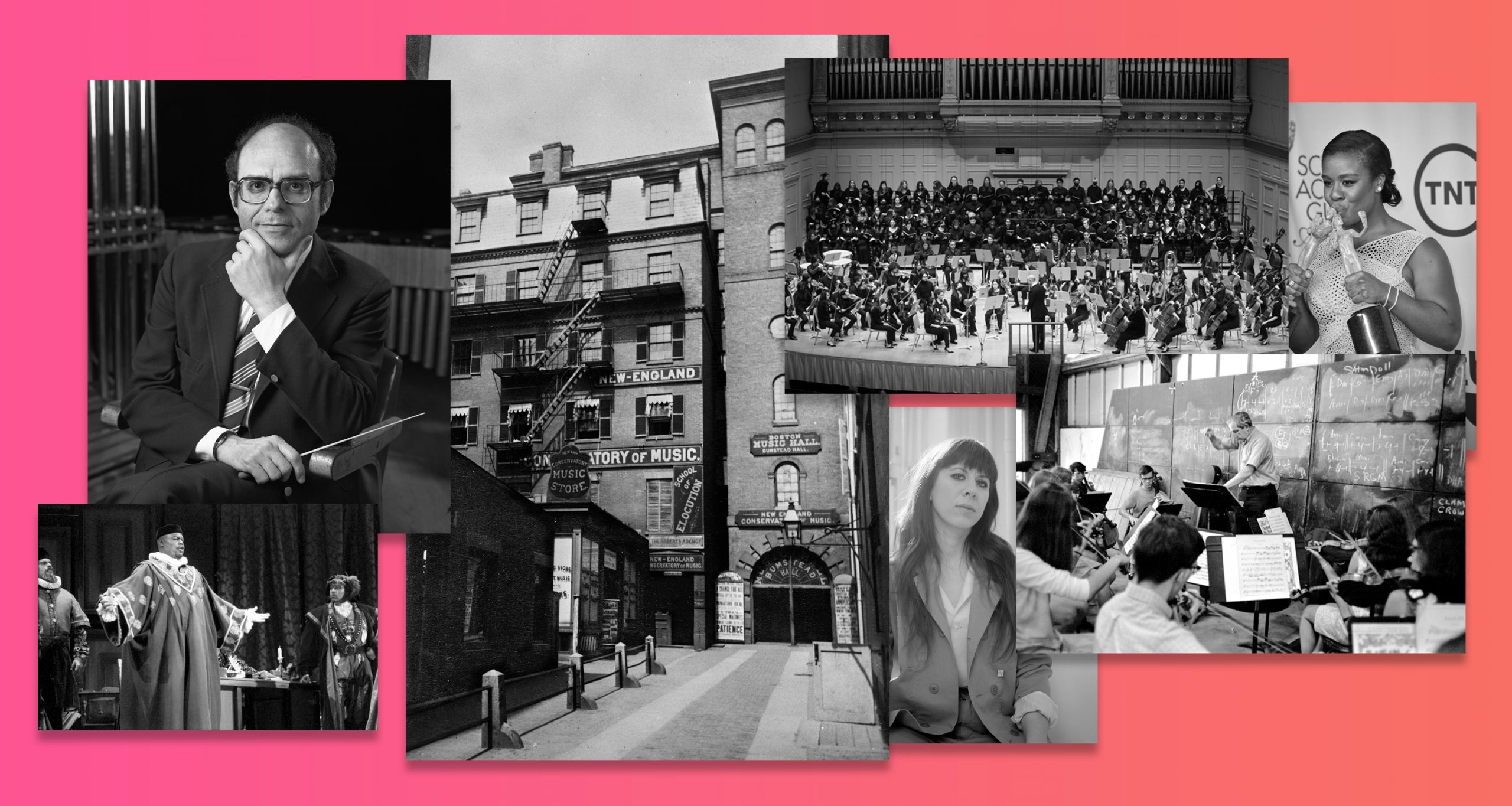 As the School of Music celebrates 150 years, we highlight some amazing stories of its alumni, faculty, and friends

In July 1872, BU officially established the first degree-granting school of music in the United States. Over the many years since, hundreds of colleges and universities have followed suit, establishing a rich, dynamic culture of music in the US and beyond.

Known as the College of Music at the time of its founding, it was originally part of BU’s graduate theology program. In 1929, it became a part of the School of Education, placing a new emphasis on educating top music teachers. In 1954, the College of Music—then located behind the Boston Public Library—merged with the theater and visual arts departments to form the School of Fine and Applied Arts. Nearly four years later, in January 1958, what is today known as the College of Fine Arts moved to its home at 855 Commonwealth Avenue.

The School of Music—as it has been named since the 1970s—has grown in repertoire and reputation over the past century and a half. It has spawned much-lauded affiliated programs, such as the Boston University Tanglewood Institute in Lenox, Mass., and the Opera Institute, a highly selective training program for future operatic artists. It has hosted internationally recognized faculty and visiting artists. Its alumni include renowned composers Samuel Adler (’48) and Missy Mazzoli (BUTI’98, CFA’02), influential classical music critic Anthony Tommasini (’82), award-winning bass opera singer Morris Robinson (’01), and acclaimed actor Uzo Aduba (’05). Nearly every major symphony orchestra on the planet has counted School of Music alumni among its members. The school continues to develop the minds, bodies, and voices of the next generation of artists, musicians, and scholars. Today, its students have access to world-class stages and all of the collaborative opportunities of a top-tier research university.

This year, we mark with pride 150 years of music-makers, educators, and game-changers. In the features that follow, we celebrate some of the amazing stories of School of Music faculty, alumni, and friends—and we look at what’s ahead with excitement and optimism.