CFA alum Rebecca Ness discusses the foundations of painting, witnessing history as sketch artist for a high-profile Boston trial, and a future at Yale.

On the evening of March 10, 2017, Rebecca Ness (CFA ’15) took an anxiety nap. “When I’m anxious, I go to sleep for a little while and I wake up feeling better.” When she awoke, Rebecca checked her phone. There it was. The message she’d been waiting for from Yale University: A decision was posted to your admissions account. “When I saw that message, I got up and walked around my room thinking, ‘this is it.’ She clicked and read: We are pleased…

After hugging her roommates and calling her mother, the news began to sink in that she’d been accepted to the MFA-Painting program at Yale. It was a new beginning and to get this moment, Ness, 24, had worked hard at painting and drawing for most of her life, including four years in the BFA-Painting program at CFA. “BU was my dream school for undergraduate and Yale for graduate.” For young artists, these goals are not unusual. Achieving them is a different story.

As a child, Ness attended the Acorn Gallery School of Art in Marblehead, Massachusetts. “It was great, I started figure painting with oil at 10 years old. Jack Highberger ran it, and he had studied painting at CFA.” Like BU, Acorn pushed a foundational approach to drawing and painting. Ness explains it this way: “You can’t do calculus unless you’ve done algebra. You can’t make a really good painting unless you know why the object looks that way.”

When it came time for college, BU seemed like a natural progression. “We visited CFA every year. I felt comfortable there. If you were an Acorn kid, it made sense to go to BU.” 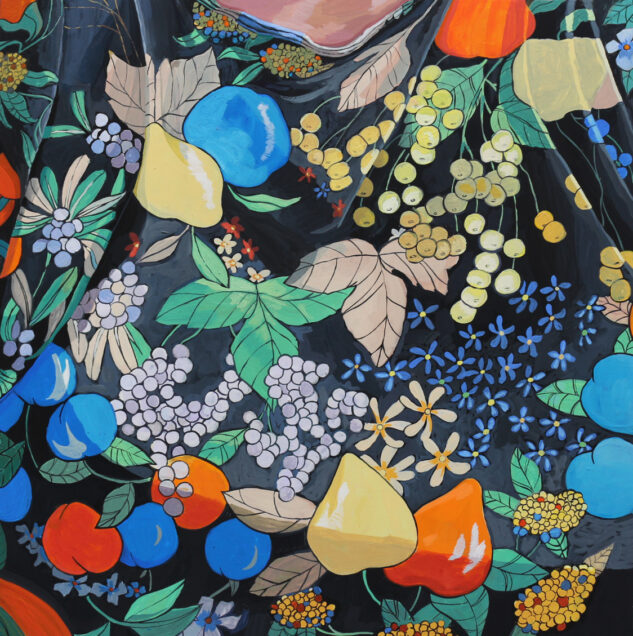 In her senior year, Ness was hired by the BU student newspaper, the Daily Free Press, as a sketch artist at one of the biggest trials in Boston history, the marathon bombing. “The court did not allow photographers, so the Daily Free Press wanted a drawing student from CFA to attend the trial. I submitted a few drawings and they hired me and gave me press credentials.” The trial hit close to home as one of her friends was injured. “I actually saw my friend on the security footage they showed at the trial. She had gone to the Apple store that day and was a few feet away from one of the explosions. It was hard to see her on the video.” (Her friend has since recovered.)

Tension in the courtroom was already high, but when the accused bomber entered to take his seat, everything stopped. “Everyone was talking and then when he entered, the room went silent. My adrenaline shot up when I saw him. He had injuries on his face and walked slowly. When he sat down, he mostly looked forward.” Though the trial was at times, painful, Ness is grateful for the experience. “It was interesting being a witness to history.”

In 2015, BU Professor Dana Clancy chose Rebecca to show alongside her at the New York Studio School for an exhibition of teachers with students called Common Threads. “I appreciate how Rebecca’s eye is on the political and social world, on the humorously-harrowing human, and the vulnerable self.” Though Ness graduated a couple of years ago, Clancy continues to watch her work. “I love following Rebecca’s work since graduation, both the paintings and the way that painting seems for her to be so embedded in relationship.” Ness credits her former professor with changing how she feels about painting. “I wasn’t painting about anything, I was just painting things. “One day, Dana (Professor Clancy) said to me, ‘You’re not having enough fun!’ She was right. I realized I could be myself and have fun with painting.” 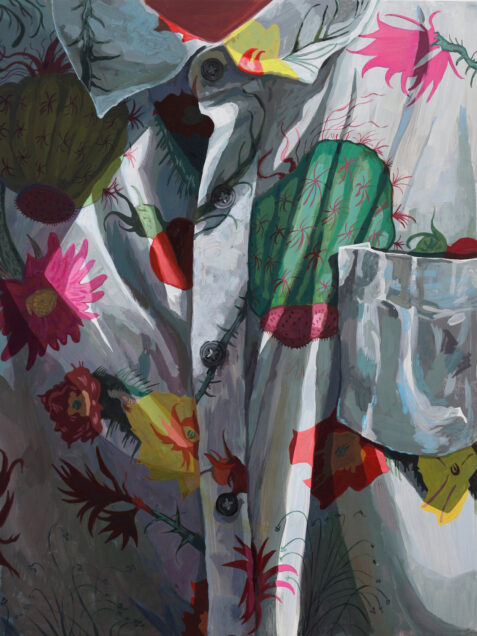 Another mentor, BU Professor Richard Ryan, also pushed Ness to allow her work to express all of her sides. Ryan notes wryly: “Rebecca is a very kind and warm human being but she also has a wicked wit. As a painter, this is a serious conflict. Her work really sings when she goes for the jugular and doesn’t use the nice filter.” Since last fall, Rebecca has worked full- time in the CFA dean’s office working on ways to improve the student experience. “I always wanted to be a teacher and BU helped me to realize I wanted to remain in higher education.” When asked if she planned to stay connected to CFA after she leaves for Yale, Ness is emphatic. “CFA is my family. Why would I not be active as an alum?”