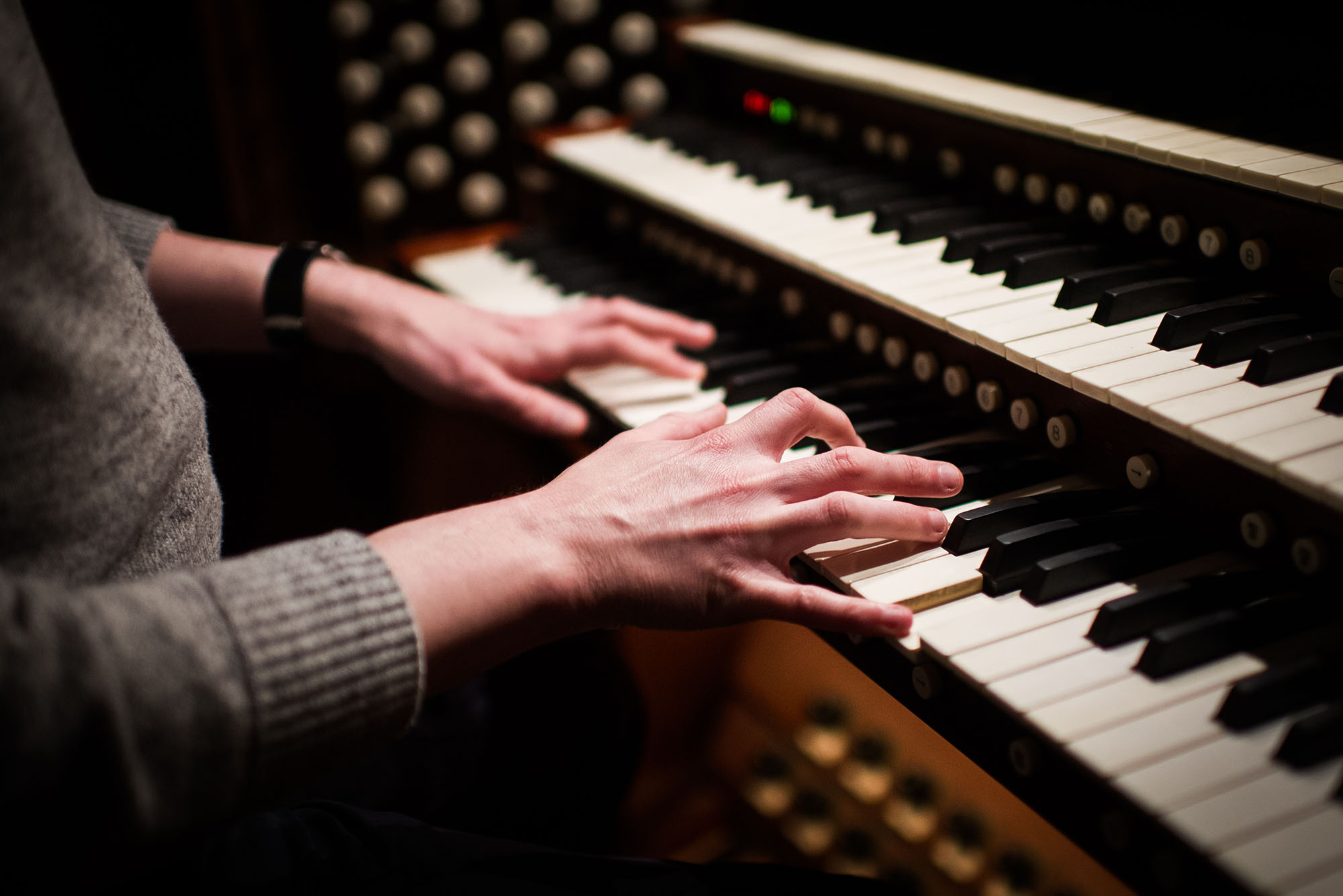 This article was first published in BU Today on October 12, 2021. Video by Bill Politis. Photo by Jackie Ricciardi

If you’re lucky enough to be strolling past Marsh Chapel on a warm fall afternoon at just the right time, and the chapel’s windows and doors are open, you may hear something that stops you in your tracks. Several times a week (most often Mondays, Wednesdays, and Thursdays), Justin Blackwell (CFA’09), Marsh organist and associate director of music, can be found practicing on the chapel’s majestic Casavant Organ Opus 2000, coaxing sounds that resemble everything from a flute to a cello, emanating from the instrument’s 4,124 pipes.

If they’re masked, visitors are welcome to come into the chapel to hear Blackwell as he works through his extensive repertoire, which includes a range of pieces, like English romantic music, Monteverdi’s Vespers, the oratorios of G. F. Handel, and more. Currently, Blackwell is working on the 10 symphonies composed by French organist Charles-Marie Widor.

So the next time you’re on Marsh Plaza, pause—and listen.