Boston, MA – Boston University College of Fine Arts presents Boston University Symphony Orchestra and Symphonic Chorus in a concert of Joseph Haydn’s The Creation on April 4 at 8pm in Symphony Hall. First performed in 1799, The Creation was inspired by the great oratorios of Frederic Handel and depicts in three parts the creation of the world as described in the Book of Genesis and Milton’s Paradise Lost. This performance features soloists Jennifer Jaroslavsky as Gabriel, Regina Morgan as Eve, Francesco Logozzo as Uriel, Erik Earl Larson as Raphael, and Young Kwang Yoo as Adam. 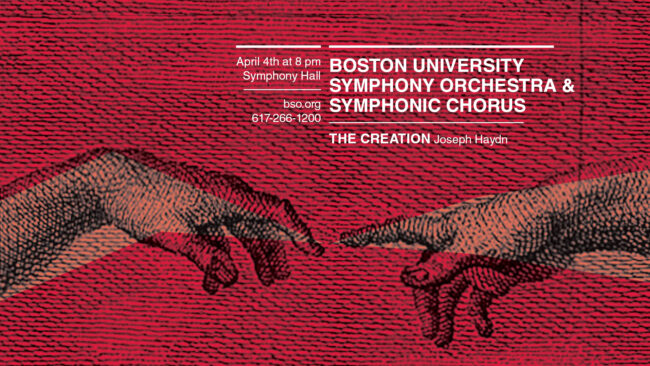