The MFA Directing program provides early-career professionals with the opportunity to cultivate their artistic identities and professional objectives while refining and enhancing their technical skills and range. The program is individually designed with each student’s artistic strengths, challenges, and personal ambitions in mind. Students are prepared for careers, either as resident or freelance directors, with special emphasis on understanding the American regional theatre and other not-for-profit venues. An “Artistic Director Option” is available that joins the MFA Directing curriculum with a graduate certificate program in Arts Administration at BU’s Metropolitan College. Students regularly interact with BU faculty and guest artists from the School’s Professional Theatre Initiative partners, including the Huntington Theatre Company, Boston Playwrights’ Theatre, New Repertory Theatre, and more.

The University’s new Joan & Edgar Booth Theatre and College of Fine Arts Production Center is a state-of-the-art multi-functional studio theatre and production facility with a full complement of support spaces and design labs for teaching and producing student theatre. This new complex will allow the School of Theatre to be in close proximity to other programs in theatre and opera performance. The Center demonstrates the University’s commitment to professional arts education.

The School of Theatre admits one or two students each year to the program. Ideal candidates have three to five years professional directing experience outside of a university setting. 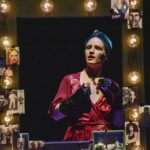 Angels in America: Part One, directed by 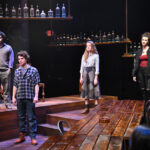 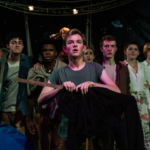 Peter and the Starcatcher, directed by Blair Cadden 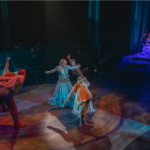 …and Jesus Moonwalks the Mississippi, directed by Sara Katzoff 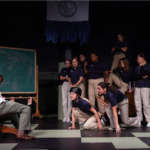 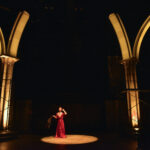 Angels in America: Part One, directed by Jeremy Ohringer 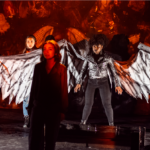 The Cripple of Inishmaan, directed by Thomas Martin

Our Girl in Trenton, directed by Thomas Martin