How to Make A Wetland

How to Make A Wetland by Research Assistant Professor of Anthropology and Earth & Environment Caterina Scaramellitells the story of two Turkish coastal areas, both shaped by ecological change and political uncertainty. On the Black Sea coast and the shores of the Aegean, farmers, scientists, fishermen, and families grapple with livelihoods in transition, as their environment is bound up in national and international conservation projects. Bridges and drainage canals, apartment buildings and highways—as well as the birds, water buffalo, and various animals of the regions—all inform a moral ecology in the making.

Drawing on six years of fieldwork in wetlands and deltas, Caterina offers an anthropological understanding of sweeping environmental and infrastructural change, and the moral claims made on livability and materiality in Turkey, and beyond. Beginning from a moral ecological position, she takes into account the notion that politics is not simply projected onto animals, plants, soil, water, sediments, rocks, and other non-human beings and materials. Rather, people make politics through them. With this book, she highlights the aspirations, moral relations, and care practices in constant play in contestations and alliances over environmental change.

You can read more about Caterina’s research at The Brink. 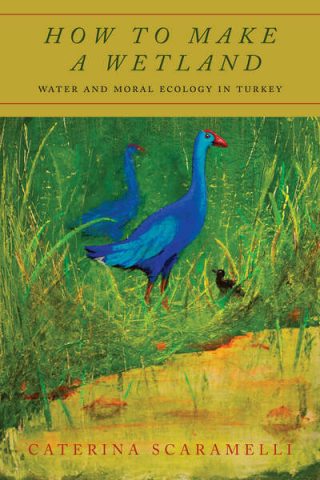