Emergency BU Alert There is a train collision on Comm Ave between Harry Agganis Way and Babcock St. Comm Ave Westbound is being closed at the BU bridge until the scene has been cleared. Please avoid the area until further notice. 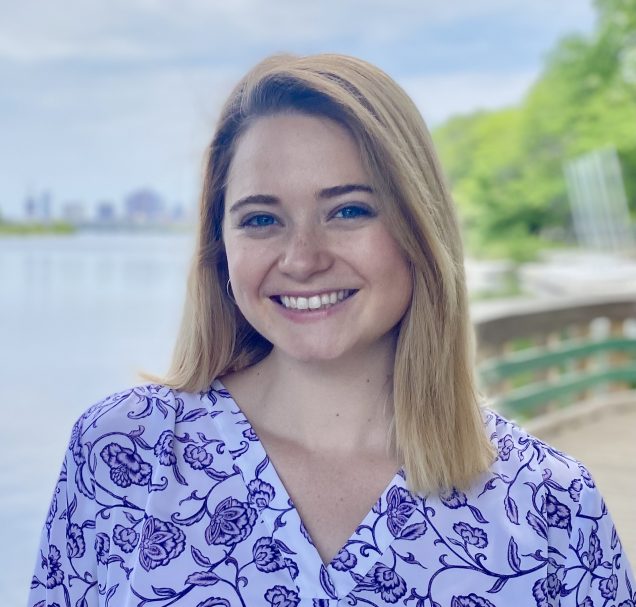 Caroline Fleming, Biology PhD student of the Rotjan Lab, was selected as the winner of the 2021 I. Alden Macchi Award for excellence in the field of regulatory biology. Read more about Caroline’s research below!

Marine organisms located downstream from urban centers face potentially negative interactive effects from pollutants (heavy metals, microplastics, pharmaceuticals, increased nutrients) and global change stressors (increasing sea temperature and acidity). Corals are just one example of a marine urban organism that may be vulnerable to these stressors. One seemingly resilient urban coral is Astrangia poculata, which exists along the eastern United States coast from Massachusetts to Florida at a range of temperatures and conditions, including the New York Harbor. Though it appears to be surviving in these habitats in the field, it is unclear if the coral will be resilient to the impacts of urban pollutants and global sea surface temperature increases, or how different life history stages will respond. Caroline will be conducting an experiment on the effects of microplastics (pollutant vector) and caffeine (pollutant indicator) under normal and elevated temperatures on the metabolic activity of the urban coral A. poculata in three life stages: adults, larvae, and eggs. Understanding the effect of these stressors on early life stages (egg and larvae) will allow researchers to evaluate whether urban pollutants or increased temperatures will reduce coral fecundity and fitness, which may ultimately lead to population reductions. A. poculata individuals will be exposed to field-measured and elevated levels of caffeine (ng/uL), microplastics, and combinations thereof simultaneously with ambient (22°C) and elevated (30°C) temperatures. Metabolic activity (measured via oxygen consumption on a respirometer) was used as a read-out to determine sublethal response to stressors. Overall, Caroline aims to establish dose-response relationships for each stressor (caffeine, microplastics, and temperature) and combination thereof at each life stage, providing insight into the sensitivity threshold of this resilient urban marine organism.

This award was established by the late I. Alden Macchi, Professor and former Interim Chairman in the Department of Biology. Dr. Macchi received his PhD in Endocrinology from BU in 1954. Professor Macchi’s research contributed, among other things, many important observations regarding the mechanisms of steroid hormone biosynthesis in the adrenal glands.

Daniel Segrè and Melisa Osborne Featured in the Brink

Dr. Daniel Segrè and Dr. Melisa Osborne were recently featured in The...

Dr. Tina Barbasch of the Buston Lab was selected as the winner...