Boston University Professor of Biology Richard Primack and Ph.D. candidate  Tara Miller co-authored a study that is now in press in Annals of Botany. The article “Comparing fruiting phenology across two historical datasets: Thoreau’s observations and herbarium specimens” demonstrated how climate change is having a biological effect on local environments.

To study the sequence and pattern of fruiting in New England plants, the researchers analyzed the museum record of pressed plant specimens, also called herbarium specimens, from the past 150 years and combined it with Henry David Thoreau’s fruiting observations from the 1850s. The study found out that both historical datasets show similar patterns of plant fruiting times despite the fact that the two studies happened in different time and locations. This observation confirmed that these datasets can be combined to create larger and more powerful data sets for climate change and ecological research.

“Our lab group has been working with Thoreau’s observations for 18 years now, and Thoreau still has more to contribute to climate change research,” Prof. Primack, the co-author and principal investigator, said to BU Experts. 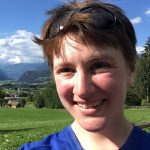 “Thoreau is well-known as an environmental thinker and philosopher, but his scientific work is less well known,” Miller added on to Prof. Primack’s point. “By using his scientific observations in modern research, we’re able to connect to new audiences and communicate climate change research to people interested in history, philosophy, literature, and more.”

Sarah Davies Featured in The Brink

Dr. Sarah Davies was recently featured in The Brink's article, "Sexism and...

The Department of Biology is excited to announce the three recipients of...

Caroline Fleming, Biology PhD student of the Rotjan Lab, was selected as...

Amanda Pinheiro, MCBB PhD student of the Naya Lab, is a recipient...