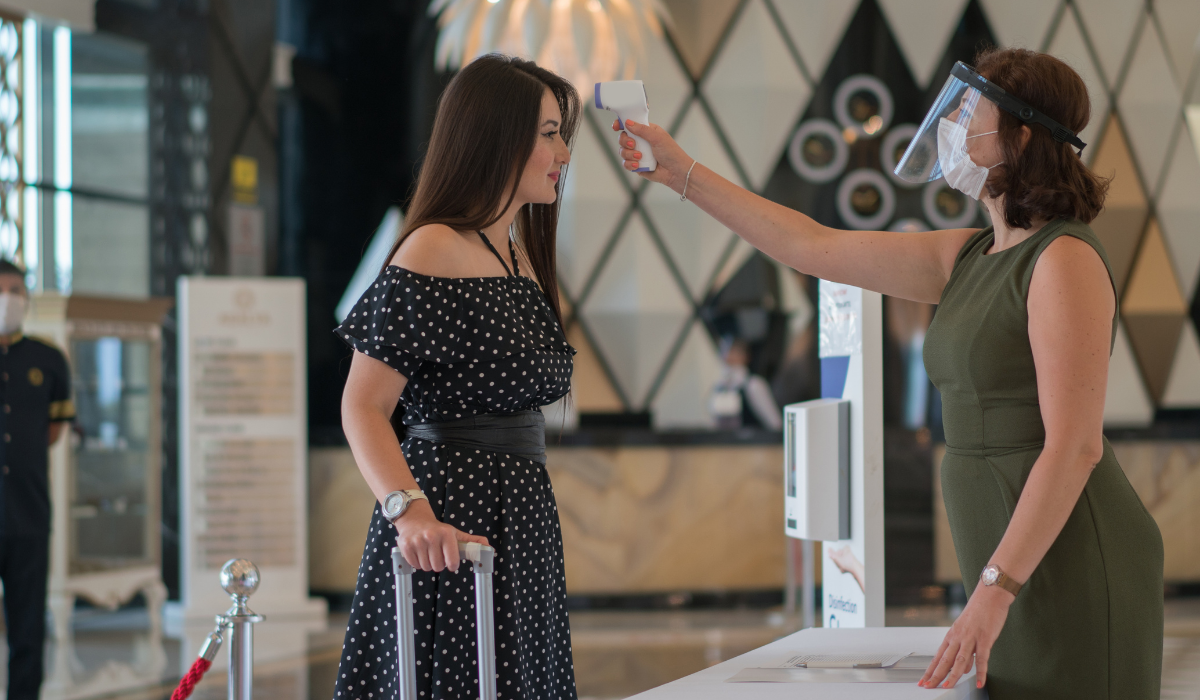 The COVID-19 pandemic which commenced in early 2020 represents yet another demarcation in life “before” and “after.”  2020 began as geopolitical tensions spiked on January 3rd, and the U.S. stood at the brink of war when an American drone strike near the Baghdad International Airport in Iraq killed Iranian major general Qasem Soleimani.  In addition to the human tragedy of illness and death produced during a global plague, the U.S. president was impeached by the House of Representatives, the nation has endured wide-ranging civil unrest, deadly wildfires that burned millions of acres throughout the western U.S, and a divisive nation elected a new president. The year culminated in yet another infamous day in American history, namely the shocking and unprecedented event at the U.S. Capitol in Washington DC on January 6th, 2021.

Since the onset of the deadly COVID-19 pandemic, citizens throughout the globe have experienced dramatic changes in everyday life. As of February 1, 2021, nearly 200 countries and territories around the world have reported a total of more than 100 million confirmed cases of the coronavirus COVID-19, and a death toll of more than 2.2 million. This once-in-a-century, worldwide pandemic has caused more than half the world’s population to have endured shocking and incomprehensible full or partial lockdowns. The result has been a swift, wide, and deep economic recession that has decimated key travel and leisure-related industries including airlines, car rentals, cruise lines, ridesharing, tour operators, and transient lodging facilities.

Hotel industry metrics realized an unprecedented, sudden, and significant decline, all within just days of all-time highs, and after a ten-year rally. Nearly one year into the COVID crisis the U.S. lodging sector continues to experience negative stress as all segments of travel demand experience a sharp and sustained decline which continues to significantly lag behind pre-pandemic levels.

As we enter 2021, the U.S. is experiencing a record surge in coronavirus cases and continued government restrictions on travel and trade resulting in an astonishing economic crisis.  That is the bad news; the good news is there are several reasons for optimism.  In addition to the recent $900 billion second stimulus package for COVID-19 relief, a third round of $1.9 trillion appears to be on the horizon. Due to a reduction of spending in the services sector, the U.S. personal savings rate has increased dramatically.  Combined, these elements should fuel consumer spending during the second half of 2021.  Additionally, low interest rates are anticipated to endure for the foreseeable future.  Furthermore, Democratic administrations tend to generate infrastructure investments to stimulate the economy.  Finally, during the midst of one of the worst human and economic crises we have seen in our lifetimes, the Dow Jones Industrial Average (DJI) closed at a record high on January 20, 2021.

There have been several significant economic downturns over the past forty years, and with the benefit of hindsight, each has presented wonderful investment opportunities. It appears that this downturn may very well produce a period that rivals the very best in both returns and depth of opportunity. Given the widespread reduction in corporate, group, and leisure travel across the U.S., the lodging industry has been one of the hardest-hit sectors by the coronavirus pandemic. Many property owners, seduced by historically low interest rates, entered this era with healthy levels of leverage. Now with severely impacted net incomes for most property types (specifically larger, full-service hotels), the seeds for broad distress are now planted.  Like prior downturns, many anticipate deep distress will produce increasing levels of loan defaults, which will likely continue for some time.  While the coronavirus pandemic will ultimately wane and the beginnings of growth should be lined up for strong U.S. and global economic expansion, the reality is that no one knows how the effects of this crisis will continue to evolve, and how and when they will ultimately sunset.

The LW Hospitality Advisors (LWHA) Q1 2020 Major U.S. Hotel Sales Survey included 30 single asset sale transactions over $10 million, none of which are part of a portfolio. Allocations of individual prices from a portfolio sale transaction do not necessarily reflect market value for each asset and thus are not considered in the survey. The survey data reflects hotel sale price data prior to any impact of the COVID-19 spread across the U.S.

The Q2 2020 survey illustrated a transaction market dramatically slowed to a crawl, with only six major U.S single asset hotel sale transactions over $10 million, none of which are part of a portfolio.

The Q3 2020 survey included 12 single asset sale transactions over $10 million, none of which are part of a portfolio.

The Q4 2020 survey included 32 single asset sale transactions over $10 million, none of which are part of a portfolio.

The paucity of arm’s length hotel sale transactions during Q2 and Q3 2020 hindered price discovery and market participants struggled to determine applicable discounts to pre-COVID levels. Q3 2020 was the second consecutive quarter during which U.S. hotel market transaction activity remained anemic with a relatively wide bid-ask spread. Generally, sellers expressed willingness to consider a 10 to 15 percent discount to pre-COVID pricing while buyers have been interested in transacting at a 20 to 40 percent reduction to pre-COVID values.

Although dramatically lower than 2019, during the last three quarters of 2020 the number of trades and total dollar volume dramatically increased while sales price per room decreased by roughly 4 percent.

For the year 2020, the LWHA Major U.S. Hotel Sales Survey included 80 single asset sale transactions over $10 million, none of which are part of a portfolio.

During the Q2 and Q3 2020, a half dozen U.S. hotel sale transactions produced market-based evidence of pandemic-induced value erosion.

A remarkable Q3 2020 trade was Blackstone’s sale of the 299-key Residence Inn by Marriott Arlington Pentagon City in Arlington, VA. Acorn Development LLC, a subsidiary of Amazon, acquired the asset for $148.5 million or nearly $500,000 per unit and the 24-year-old high-rise hotel is currently being demolished to incorporate the 1.5-acre site into the HQ2 PenPlace Development. In mid-2019, Blackstone purchased the property for $99.1 million from Host Hotels & Resorts, Inc. (HST). The latest transaction represents an approximate 50% profit within one year for Blackstone.  What is intriguing about the most current sale is that Amazon’s HQ2 plans were widely known when HST sold the asset to Blackstone for nearly $50 million less only one year ago.

Although the near-term travel market appears bleak, the hotel investment market has seen a surge of interest from a broad array of sophisticated institutional and high-net-worth sponsors who are familiar with the sector and know how to assess risk(s) associated with capitalizing lodging assets. Pre-COVID hotel investor returns generally reached new lows as asset prices were relatively high.  Today, with mounting operational losses, especially for larger, full-service assets, and the continued requirement to service debt(s), pressure is intensifying on owners to capitulate to realistic property values, which will ultimately enhance returns on lodging investments for buyers in the market today.

Numerous institutional investment firms have raised significant amounts of leverageable capital in anticipation of a coming wave of distressed commercial properties including hotels that will come to market in 2021 and 2022. Given the amount of available dry capital, the most compelling opportunities will be “bid up” and although numerous transactions will be spurred on by distress, many will not necessarily reflect distressed pricing.  Long-term opportunistic investors that bet big, at the right basis, and early in the cycle will likely reap tremendous financial rewards, particularly contrarian sponsors who acquire large urban corporate and group meeting/convention hotels at fractions of their replacement cost.

The uncertain macroeconomic environment presented by the pandemic will surely present opportunities to acquire assets from motivated sellers facing near-term pressures. Additional price discovery clarity will emerge in 2021 and 2022 as an increasing volume of market-based U.S. hotel sale transactions comes to fruition. Hotels located in urban markets, particularly group and meeting/convention-oriented properties, have been most negatively impacted and will likely take the longest period to recover. Buyers during 2021 will include open-ended commercial real estate funds, highly leveraged financial institutions, public REITs, and private developers. While the post-COVID-19 environment may meaningfully reduce demand for commercial real estate including hotels, past downturns no matter how painful, have always been followed by recoveries during which new highs were achieved for both rental rates as well as property valuations.