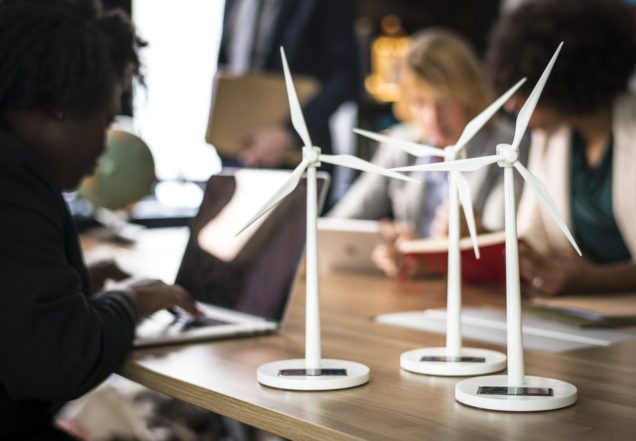 Today’s hospitality conversations are rife with dialogue about sustainability, initiatives ranging from linen reuse programs, to donating toiletries, to auto dimming lights, to food sourcing, etc.  Hospitality practitioners’ quest to define the ROI (return on investment) is often at foiled by a concept that includes intangible metrics and differing definitions of what “sustainability” really means.  The oft-used “Triple Bottom Line – People, Planet, Profit” embodies the commonly agreed upon themes of sustainability, which include ensuring a healthy environment, improving economic prosperity, and implementing social justice initiatives that ensure the well-being and quality of life for current and future generations.

Companies struggle to determine what role they play in advancing and addressing social and global challenges while enhancing their brand, ensuring consumer loyalty, and expanding their market share. Many companies evaluate and refine their efforts for engaged brand activism, particularly through marketing, which they balance with efforts to implement higher standards for suppliers, improve equality among workers, and keep pricing competitive – falling in line with the general categories of most corporate social responsibility efforts: 1) environmental efforts; 2) philanthropy; 3) ethical labor practices; and 4) volunteering.

For many companies, particularly in hospitality, corporate social responsibility (CSR) reporting has emerged as a key business approach to articulate the benefits to the company’s stakeholders through strategic initiatives.  According to the Governance and Accountability Institute, sustainability reporting by S&P 500 companies increased from 19% in 2011 to 85% in 2017.[i]

Companies now appreciate the marketing value of CSR reporting, particularly as a mechanism to attract and retain customers. Increased societal pressure for greater regulation and transparency, coupled with research showing that consumers demonstrate a preference toward companies they perceive are more responsible, have resulted in a new “arms race” with companies are making operational decisions that are more tightly linked to ethical values, environmental stewardship, and respect for the human equity.  They want to ensure those efforts are known to their stockholders, investors, and the public. 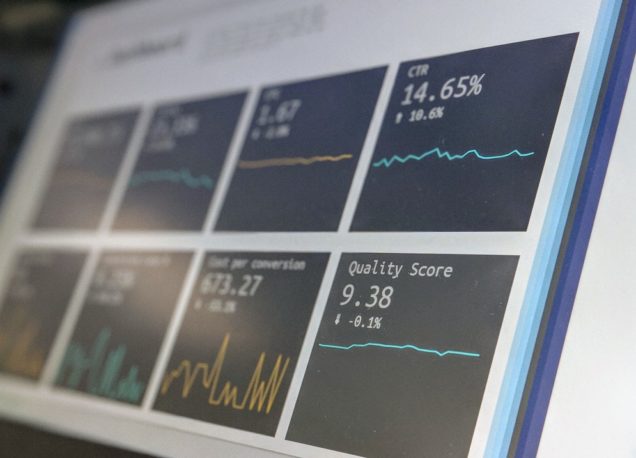 While many CSR disclosures are currently voluntary in the United States, there are increasing requirements mandated by various statutes.  Such mandates, commonplace in the European Union, are increasingly required in the United States.  In particular, there is growing market demand for a more responsible and transparent corporate supply chain.  Current statutory requirements range from the Mandatory Reporting of Greenhouse Gases rule for large emitters of greenhouse gases to the California Transparency in Supply Chains Act of 2010 to ensure that large retailers and manufacturers provide consumers with information regarding their efforts to eradicate slavery and human trafficking from their supply chains.[ii]  The Dodd-Frank Wall Street Reform and Consumer Protection Act, which impacted virtually every part of the US financial services industry also includes provisions for certain reporting on their exercise of due diligence in the source and chain of custody of certain minerals that are associated with armed conflicts in and around the Democratic Republic of the Congo, minerals that are associated with the manufacturing of devices such as cell phones, computers, and digital cameras.[iii]  Most recently, the European Union’s sweeping Global Data Protection Regulations (GDPR) went into effect May 25, 2018. Intended to give EU citizens greater control of their own, widely-define personal data, GDPR has far reaching implications for any company doing business with citizens of the EU.  For the hospitality industry, new processes are required to be implemented to protect things like IP addresses and cookie data, similar to the protections currently provided to ensure privacy for addresses and social security numbers. In the three months prior to GDPR going into effect, it was estimated that 79% of companies were unprepared.[iv]  The mandatory disclosure landscape is changing fast, and hospitality is challenged to keep up.

Not All Changes Are Mandated

As consumers are holding corporations accountable for effecting social change in their business practices and beliefs, ultimately impacting the bottom line, companies refine their sustainability initiatives as a result of public advocacy, stockholder proposals, or consumer feedback. A 2017 study by Cone Communications illustrated some key elements, including:[v]

To illustrate, on February 6, 2018, in a commitment associated with improved packaging in betterment of the planet, Dunkin’ Donuts announced it would phase out the use of polystyrene foam cups by 2020 and replace them with double-walled paper cups, estimated to have a net impact of eliminating over a billion cups annually from the waste stream.[vi] This was on the heels of McDonald’s announcing in January that it would phase out the use of foam packaging in all global markets by the end of 2018.[vii]  Straws and stirrers make up over 7% of plastic found in the environment, an issue initially addressed (and banished) by George McKerrow, co-founder of the restaurant chain Ted’s Montana Grill, that has gained widespread attention as consumers are reminded that we use 500 million straws a day, a habit that widely impacts wildlife and the oceans.[viii]  Just this month, Bon Appétit announced they were banning plastic straws from their over 1000 café locations in 33 states.[ix]  As cities like Miami and Malibu have banned single use straws (and in Malibu, banned all single use plastic utensils and stirrers), we find some municipalities are forcing hospitality businesses to incorporate sustainable practices.

As hospitality companies seek to out-promote each other, they would be well-advised to avoid greenwashing – today’s version of “snake oil”, more akin to “eco-fraud” – when a company holds itself out as more environmentally friendly than it actually is in practice.  Clearly consumer preferences demonstrate an increasing trend for purchasing products and services that are sustainable – for their impact on the environment, in how they are manufactured, and/or how the workers are treated. Between 2009 and 2010, the number of “greener” products increased by 73%.[x]  In order to capitalize on this trend, many brands are trying to competitively out-do each other with their eco-credentials – exaggerating their claims, or at times, completely manufacturing them.  In legalese, greenwashing may amount to deceptive marketing, misrepresentation, and/or fraud. 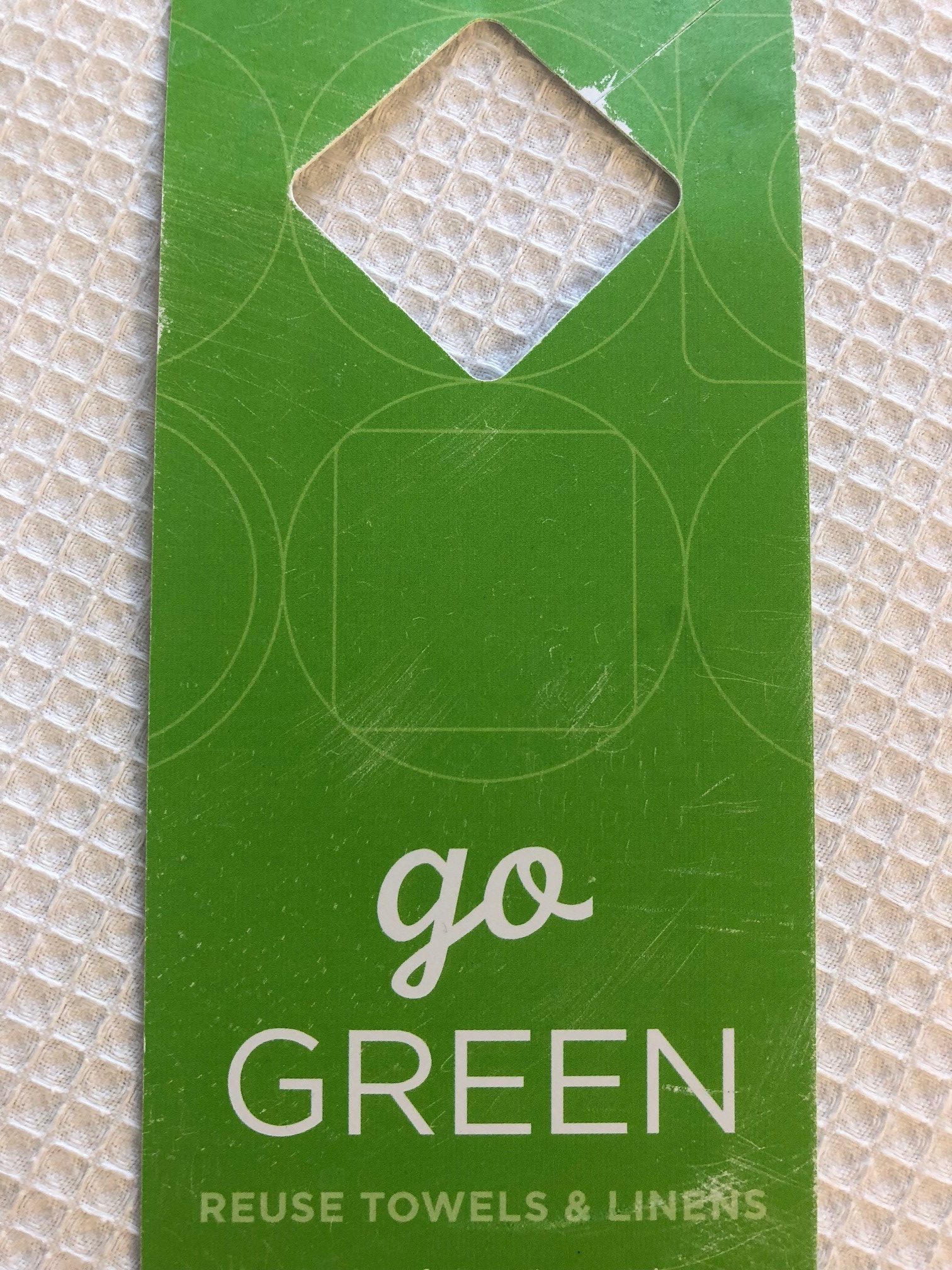 In the “sins” of greenwashing, hospitality entities would be wise to avoid vague, over-reaching, or unverifiable assertions.  Hotels increasingly encourage their guests to embrace green practices – shut off lights, reuse towels, avoid changing the linen as frequently, etc. Research by faculty at Washington State University found that a perceived ulterior motive of a hotels’ environmental claims evoked consumer skepticism, which negatively influenced consumer’s intention to participate in the linen reuse program, as well as negatively effecting the consumers’ intention to revisit the hotel.[xi]  At a time when as many as 79% of travelers agree that eco-friendly practices is an important factor in their choice of lodging, companies risk losing valuable repeat customers if their motives are self-serving.  As a result, to avoid the negative aspects, hoteliers are cautioned to install comprehensive green programs, train their staff to implement practices, and ensure their green claims are accurate and not overreaching, perhaps through third party certification.

Greenwashing is of particular concern in today’s environment, particularly in the context of food.  For example, in 2016, organic food sales jumped 8.4%, to over $43 billion, while overall food sales only increased 0.6%.[xii]  Similarly, organic non-food items jumped 88% to $3.9 billion in sales. As restaurants and hotels are asked questions by their customers about the source of their products, facilities need to be aware of the claims they are making to ensure they are not overreaching or deceptive, as greenwashing has become the “flavor of the month” in consumer class litigation.  Claims challenging products advertised as “natural” are the most frequent suits encountered. 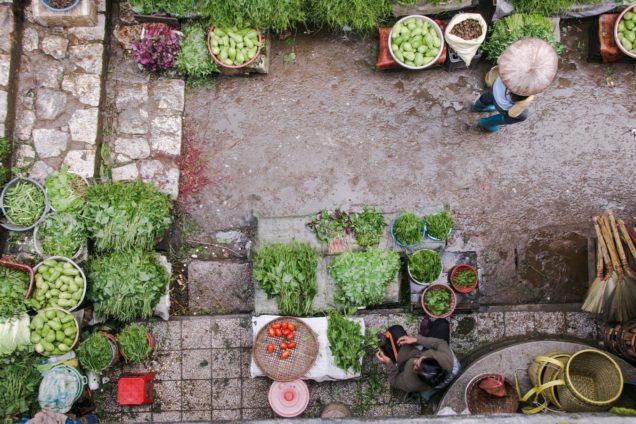 While no definition of “natural” is provided by the FDA, food products in the US labeled as “natural” make up roughly $40 billion in sales, and are growing by an average of 6.6% annually.  According to Food Navigator, there were 20 food labeling class actions pending in federal court in 2008 – a number that rose to 425 by 2016.  Cases that specifically focus on “natural” claims increased by 22% from 2016 to 2017, notably with suits against General Mills’ Nature Valley bars and Dr. Pepper Snapple’s Mott’s Apple Sauce. Of particular note is that three quarters of federal court food class actions are in four states: California (36%), New York (22%), Florida (12%), and Illinois (7%).[xiii]  Many of the suits are rooted in claims that items such as high fructose corn syrup, high maltose corn syrup, soy flour, soy lecithin, and GMA yellow corn flour, as well as synthetically derived vitamins, are not “natural”, and thus such claims are fraudulent.[xiv]  Overreaching statements can be a source of eroding consumer confidence, destroying customer loyalty, and/or litigation.

Sustainability initiatives will continue to be an imperative part of a hospitality entities’ brand, evaluated by all stakeholders. In order to ensure consumer confidence, it is imperative that those initiatives be authentic in their implementation, supported by third party verification, and in alignment with the legal requirements of the jurisdiction.  In doing so, our efforts in supporting the three E’s – environment, economic, and equity – our industry will collectively rise in to improve the future for ourselves and for future generations.

[i] Retrieved May 30, 2018 from https://www.ga-institute.com/press-releases/article/flash-report-85-of-sp-500-indexR-companies-publish-sustainability-reports-in-2017.html

[xii] Retrieved May 31, 2018 from https://www.foodbusinessnews.net/articles/9394-u-s-organic-food-sales-jump-more-than-8

[xiii] Retrieved May 31, 2018 from http://www.instituteforlegalreform.com/uploads/sites/1/TheFoodCourtPaper_Pages.pdf 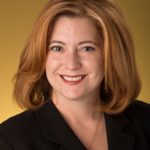 As Founding Director and Professor of the Michael A. Leven School of Culinary Sustainability and Hospitality at Kennesaw State University, Dr. Hardigree oversees the Bachelor of Science degree program which houses over 260 majors and services over 1500 students enrolled in classes each semester.   Addressing both “sustainability on the plate” as well as “sustainability beyond the plate” in terms of water, waste and energy efficiencies, this highly relevant management program provides a competitive advantage and discernible point of differentiation as the epicenter for teaching, research and best practices in sustainable culinary and hospitality management. The flexibility of the program’s curriculum allows students to emphasize careers in beverage management, event planning, specialized cuisines, and the hotel industry.

Christian conducts research and presents nationally at industry conferences as related to her areas of expertise, including food safety, risk management, sustainability, workplace violence and employment/management issues.  She is a national expert on bed bug litigation, speaking across the country on the subject.

After obtaining her B.S., cum laude, from the William F. Harrah College of Hotel Administration at UNLV, Christian obtained her Juris Doctorate from the Walter F. George School of Law at Mercer University, focusing on employment discrimination, arbitration/mediation, and labor management relations.  She is of counsel with the law firm of Parnell & Associates.  Christian serves on a variety of committees and advisory boards, including the ConServe Sustainability Advisory Council for the National Restaurant Association, the KSU Brian Jordan Center for Excellence and Professional Development at LakePoint Sporting Community, and formerly on the Women in Lodging Advisory Council for the American Hotel & Lodging Association.