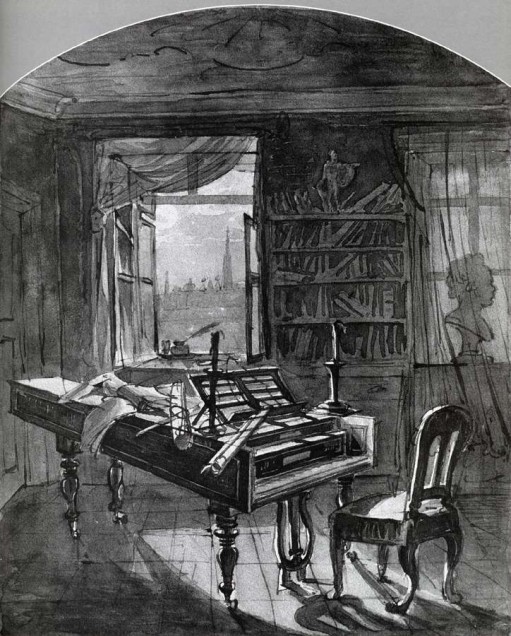 The music of Ludwig van Beethoven stands at the peak of artistic accomplishment and of humanistic values. The establishment of a Beethoven Center at Boston University has created a new institute for Beethoven research in the United States–and the first one on the East Coast–and thus has drawn international attention to Boston University and its College of Fine Arts. Already a link has been created between Boston University’s Center for Beethoven Research at the Beethoven-Haus in Bonn.

The Center for Beethoven Research promotes and nourishes Beethoven scholarship and enhances public understanding of his achievements. It serves as a forum at which scholars from the United States and abroad can come together to share their research and promote wider understanding of the composer’s artistic significance. It also serves as an intellectual resource for Boston University faculty and students, including performers and performance teachers, as well as those giving courses on the music and culture of the eighteenth and nineteenth centuries, in which Beethoven’s music played an essential role.

Our Center provides an opportunity to stimulate interdisciplinary scholarship and exchange regarding Beethoven’s musical and humanistic achievements and the social and cultural context of his age . Its mission is to promote the higher standards of Beethoven research, scholarship, and performance. It combines research work of scholars with the performance work of musicians. The Beethoven Center provides a place of synergy between the latest analytical and scholarly discoveries and thoughtful and informed performance.

Recent years have witnessed an upsurge in scholarly work on Beethoven, as academics have realized that there is still an enormous amount of research that has yet to be attempted, impressive troves of primary sources still to decipher, and a myriad of questions lying unanswered. For example, of the more than seventy extensive music sketchbooks that Beethoven amassed during his lifetime and left to posterity, only about twenty have yet been made accessible in modern critical editions (including facsimile and transcription), so that the vast bulk of this rich material remains still only partly available even to specialists. For the many surviving Beethoven autograph manuscripts, with their multitude of revisions, even fewer studies exist. Accordingly, the close stay of these sources, which give access to the inner world of Beethoven’s creativity, remains a major task of future research. These sources exceed in depth and range any comparable work for a major composer, including, for example, Bach and Mozart.