A View of Two Worlds: New Archaeological Discoveries at Copan and a Comparative Perspective on Early States in Mesoamerica and China

A modest lunch will be served! 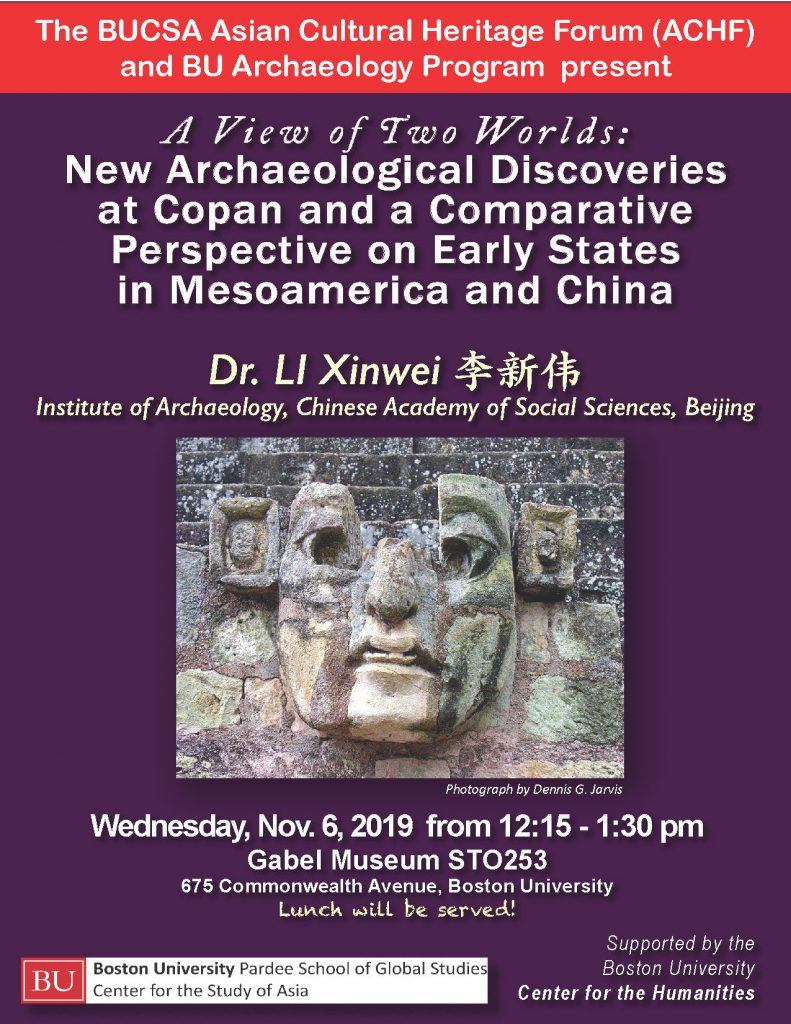 His major publications include Development of social complexity in the Liaoxi area, northeast China (Oxford: Archaeopress BAR international series, No. 1821; 2008), The Northwest China Research Mission (中国西北科学考查团专论) (Co-authored; Beijing: Science Press, 2009); and The Xipo Cemetery in Lingbao (灵宝西坡墓地) (Beijing: Wenwu Press, 2010), among many others.

His research focuses on the development of social complexity and early state formation in prehistoric China. He has directed a number of the most important field projects in China, including the excavations at the Neolithic Yangshao culture site of Xipo 西坡 in Lingbao County in western Henan Province, in the North China Plain. He is currently the co-director, with Honduran archaeologist Jorge Ramos, of a field project at the Maya site of Copan in Honduras, which is the first Chinese archaeological project in Mesoamerica. As he will demonstrate in this talk, he is particularly interested in comparing the emergence of complex civilization among the Maya with similar developments in various regions of China.

Japan Society of Boston event, Recovering from Disaster: Resilience and the Importance of Social Networks in Tohoku, Northeast Japan (Tuesday, May 25, 2021)

The Japan Society of Boston is hosting an online Zoom event "Recovering...