The BU Center for the Study of Asia’s East Asian Archaeology Forum and the BU CAS Archaeology  Program are pleased to present:

“Let Silent Stones Speak: A Technological Analysis of Lithics and Examination of Cultural Homogeneity and Diversity in South China and Southeast Asia (30,000 to 6,000 Years BP)” 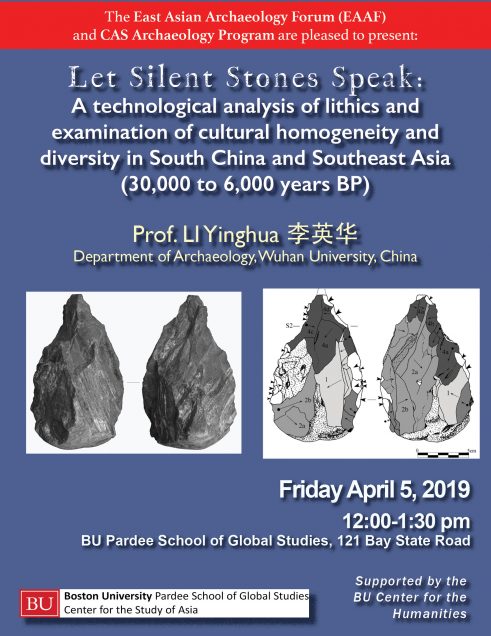 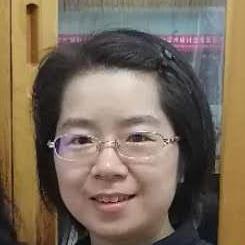 Li Yinghua is a Professor in the Department of Archaeology, School of History at Wuhan University, China. From 1998 to 2002, she studied at Wuhan University and obtained her B.A. in Archaeology from the School of Humanities (2002), and received her M.A. in Archaeology from the School of History (2005), then pursued her Ph.D. of Prehistory from the University of Paris X-Nanterre, France and the Institute of Vertebrate Paleontology and Paleoanthropology, Chinese Academy of Sciences as a joint doctorate between these two institutions (2009). Since then, she has worked at Wuhan University as a teacher and researcher. In her doctoral thesis, she introduced to the Chinese Paleolithic community to the new methods of lithic technology proposed by French prehistorians during the past decades and systematically applied it to the research of a number of key archaeological sites of China, shedding new insights on technological evolution, homogeneity and variability of Paleolithic cultures in China. As the first tentative research in this domain she opened up a new perspective for study of prehistoric lithic industries of East and Southeast Asia. In recent years, her interests have focused on technological evolution, dispersal, and cultural variability in East China and Southeast Asia.  https://harvard-yenching.org/scholars/li-yinghua

A modest lunch will be served!

Creating Home on Both Sides of the Pacific Ocean: The Archaeology of Old Chinatowns and New Villages. Laura Ng presents the next Asian Cultural Heritage Forum presentation (Thursday, Feb. 10, 2022) 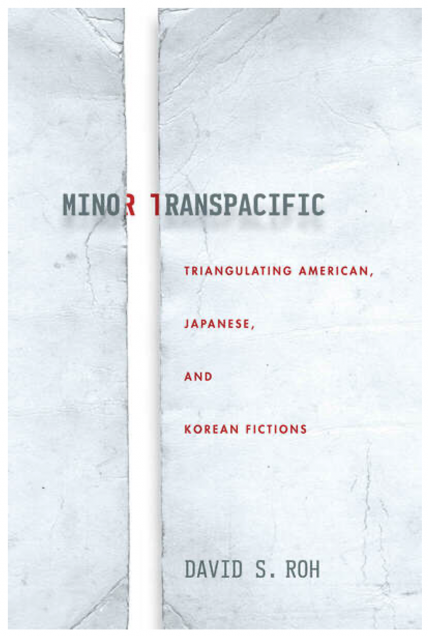